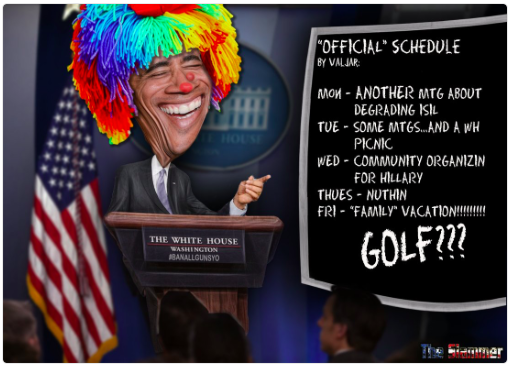 From the White House:

No public schedule for Monday

On Tuesday, President Obama will convene his National Security Council at the Department of the Treasury to review efforts to “degrade and destroy” ISIS. In the afternoon, Obama will deliver remarks at the first-ever “United State of Women Summit” to “mark the progress made by and for women and girls domestically and internationally over the course of this administration and to discuss solutions to the challenges they still face.”

Tuesday evening, he will host a picnic for Members of Congress at the White House.

H/T to ‏@THESLAMMMMER for the illustration!