To paraphrase someone famous, At some point, you’ve raised enough money.

President Obama’s decision to go on a whirlwind West Coast fundraising tour while facing so many foreign policy crises is so incomprehensible it even has Democratic allies who stand to benefit from the loot he picks up scratching their heads.

“I think the world would very much respect his increased attention on this matter,” Sen. Dianne Feinstein (D-Calif.) said of one of the many overseas problems Obama faces. 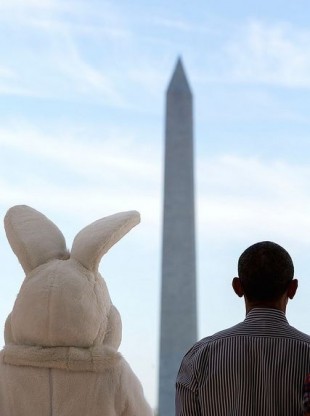 I wanna tell you something. The issue is not just – as many in the press are suggesting – the symbolism, the “optics,” the need for a president to look serious and resolute during tough times. The problem is substantive.

I do not for a moment believe that the president is as focused on world affairs and the demands of his job while he’s schmoozing donors and hopscotching around the West Coast as he would be were he in the Oval Office or the Situation Room, assuming he’s there without Beyonce and Jay-Z.

The president doesn’t just arrive at these fundraisers, speak, scoop up checks and leave.

For example, last night at the home of Hollywood producer Shonda Rhimes, the president made a little speech and then spent 90 MINUTES hanging out. Ninety minutes. We don’t know what he was doing because the press was shoveled out of sight following the remarks.

Total roundtrip time from Obama’s hotel in Los Angeles to the fundraiser at Rhimes’s pad was nearly three hours.

Now let me ask you who are working, or who are retired and surely remember your workdays: How often did you have the ability to create a three hour hole in your day? How much work would you have gotten done that day?

The RNC jumped all over the Obama’s MIA status with a skillfully made ad. I’m sure it will resonate with Americans wondering why their president isn’t putting country before politics.

President Obama Tuesday will embark on a three-day West Coast swing to drum up cash for Democrats, making himself the star attraction at no less than five fundraising events.

Obama departs early this afternoon for Seattle, where events to benefit the Democratic National Committee and Senate Democrats are on tap. On Wednesday in San Francisco Obama will host an event for House Democrats and then move on to Los Angeles for a DNC fundraiser.

Before getting out of Los Angeles Thursday he’ll hold another DNC fundraiser. He’ll also stage an “official” event on the economy in the city that will force taxpayers to pick up some of the tab for the trip.

No word yet on whether the bear will get loose on the West Coast and raid a Seattle Starbucks or scoop up some Cobb salad in LA, though one figures this is now inevitable.

And Michelle Obama is getting back into the act, fundraising for the Democratic National Committee in Chicago Thursday and in Washington Monday.

Meanwhile, Hamas and Israel agreed to a three-day ceasefire to give Obama time to raise money.

No, it’s not some new jelly from Michelle’s White House garden.

President Obama routinely ties up traffic for commuters in New York City and Los Angeles while driving around to pick up cash. Not that it stops them from voting for him.

He arrives in L.A. today right in the middle of afternoon rush hour, which is the same time he always seems to land in New York.

President Obama, whose main role these days seems to be raising money for Democrats, will be jetting out to California Wednesday to lighten the wallets of some of the wealthy Democrats commonly found in the state.

He lands in Los Angeles, where he will participate in a combined fundraising event for House and Senate Democrats. Then on Thursday things get really serious with FOUR fundraisers in a day. The first will be for the Democratic National Committee in Los Angeles, the second in San Diego for House Democrats, and then it’s on to San Jose for two more DNC events.

Two “official” events ensure that taxpayers will be footing much of the bill, one a Wednesday dinner related to the Holocaust and the other an energy-related event in San Jose Friday.

Maybe some new fracking in the The Golden State? A plan to run the Keystone pipeline through California? I’ll keep you posted.

In a rare joint effort, President and Mrs. Obama will travel to Houston Wednesday to hold a series of fundraisers for the DNC and House and Senate Democrats, according to the White House.

The two will remain overnight in Houston and depart on Thursday. The Obamas’ full Wednesday schedule is available here.

The money events will begin after an appearance by the president and first lady Wednesday in Killeen, Texas at a memorial for the victims of Fort Hood. The Obamas will also visit the LBJ Presidential Library in Austin Thursday for a “Civil Rights Summit” to commemorate the 50th anniversary of the signing of the Civil Rights Act.

Correction: A previous version of this story said the civil rights summit would be Wednesday.

President Obama’s visit to Boston today presents the city with a security nightmare, with thousands of police officers required from 40 communities to handle Obama’s late afternoon fundraiser and then his departure from the city – as well as the World Series game that starts soon after.

Obama will be in Boston today for a speech on Obamacare and a fundraiser for Congressional Democrats. It’s the fundraiser, which doesn’t start until 5:35 pm, that presents the biggest headache. That, along with his scheduled departure from Logan Airport at 6:50 pm, puts him right in the middle of rush hour and the mass influx of fans coming to watch the Boston Red Sox take on the St. Louis Cardinals. Game time is scheduled for 8:07 pm.

Boston officials are deeply concerned and are scrambling to get the city prepared, according to the Boston Globe.

“The message is consistent, it’s simple, it’s clear,” said city Transportation Commissioner Thomas Tinlin. “If you’re coming into the city of Boston, we still encourage you to take public transportation. There is a lot happening in downtown Boston.”

According to the Globe, Boston Mayor Thomas Menino said Obama informed him that he “hopes” to leave the city by 7 pm but warned that he may be running late. The president is not known for his promptness.

“We informed the White House that we have a baseball game coming up,” Menino joked.

But police are also preparing for the possibility that Obama might decide to make an appearance at Fenway Park. Officials are praying he doesn’t, since it would make the game “a logistical nightmare,” in the words of one law enforcement official.

Obama is often known to tie up traffic while raising money, particularly in New York City, where his frequent stops for cash in 2012 during rush hour regularly inconvenienced the city. But the presence of a fundraising president in a major city during rush hour and a World Series game is uncharted territory.

President Obama is back to big time fundraising, heading out this evening to a fancy hotel in Washington to meet with a few well-heeled donors who ponied up megabucks to be in the same room with Obama. The money goes to the Democratic National Committee, no doubt for use in the 2014 campaign.

A DNC official said “the event with the president had around 30 people giving donations of up to $32,400,” according to the pool report.

Obama “is not delivering remarks,” which is the White House excuse for barring the press. Really? Did he not say anything to the group? Depends I guess on the definition of “remarks.”

President Obama rewarded DreamWorks CEO Jeffrey Katzenberg, who spent millions on his reelection effort, with a private dinner at the hotel where Obama was staying in Los Angeles.

White House Press Secretary Jay Carney spouted some nonsense today about them having dinner together because they are simply the closest of friends. From a pool report released late-morning Pacific Time:

Carney did not answer questions about where in the hotel the dinner was held or who paid.

The White House did not release information about POTUS’s plans last night despite questions from pool.

I’ve never heard anything about a personal friendship between Obama and Katzenberg. What I have heard about, and what would better explain why the White House may have tried to keep the dinner secret – it wasn’t announced until today – is that Katzenberg is one of Obama’s biggest donors ever.

Just before Election Day, the Associated Press ranked Katzenberg third on the list of Obama’s “Top five fundraisers.” From the piece:

A reliable Democratic Party mega-donor in past years, Katzenberg has given $3 million to Priorities USA Action (the pro-Obama PAC) this election cycle. Katzenberg has helped bundle more than $500,000 for the president’s second term, making him among the campaign’s top volunteer fundraisers. He’s also given more than $66,000 to Obama’s campaign and the Democratic Party.

So I think that answers the question about who, ultimately, paid for dinner.

President Obama will be back on the road Wednesday trolling for money, this time headed for Chicago to headline two fundraisers for the House Democrats’ political arm, the Democratic Congressional Campaign Committee. Obama says he want to work with Republicans this year. But the intense commitment to fundraising he has made during what’s not even… END_OF_DOCUMENT_TOKEN_TO_BE_REPLACED

Gosh this sounds familiar. The election – not even the presidential election – is a year and a half away, and already President Obama is flying to New York City for three fundraisers in an evening. It’s overcast for the White House, but the stars were out, of course. From the pool report: Pool was… END_OF_DOCUMENT_TOKEN_TO_BE_REPLACED

What do President Obama’s nominees this week for Commerce Secretary, U.S. Trade Representative, and FCC Chairman all have in common? They each raised hundreds of thousands of dollars for Obama’s presidential campaigns. Commerce nominee Penny Pritzker, USTR choice Michael Froman and FCC appointee Thomas Wheeler were all major league “bundlers” for Obama’s presidential campaigns, putting… END_OF_DOCUMENT_TOKEN_TO_BE_REPLACED

Appearing at a fundraiser in her San Francisco hometown, President Obama Wednesday laid it on thick for House Minority Leader Nancy Pelosi, lauding her as a “visionary” leader who is nevertheless also “practical” and even “spoils her grandkids.” Most Republicans view Pelosi as among the most partisan leaders in either Party, sticking to a typical… END_OF_DOCUMENT_TOKEN_TO_BE_REPLACED