President Obama once famously suggested that he would be trying to figure out “whose ass to kick.”

Well, there will be a perfect ass – pun intended – in the Oval Office THIS VERY AFTERNOON.

The White House schedule says that Obama plans to meet at 4:00 pm with Treasury Secretary Timothy Geithner. And – this is weird – it doesn’t saying anything about the president planning to fire him!

What? No fire Timothy? Why not? We’re into double dipping baby. This next one ain’t on Bush.

Mr. President, if you won’t fire Geithner’s ass, then KICK IT!

Kick it! Kick his ass! Kick it so hard you break his TurboTax.

And while you’re meeting with Fed Chairman Ben Bernanke today – just announced by the White House – take him out to the woodshed on the South Lawn and spank him in the QE2.

One of our readers, the award winning cartoonist Mike Lester, got this Geithner thing just about right today. Thought you might want to take a look. 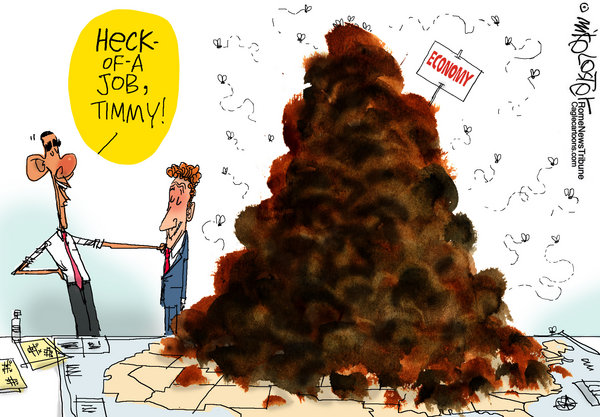 You can find Mike’s cartoons at his website, Mike du jour Lester.

Thought you all might enjoy this from Mike Lester of the Rome News-Tribune. 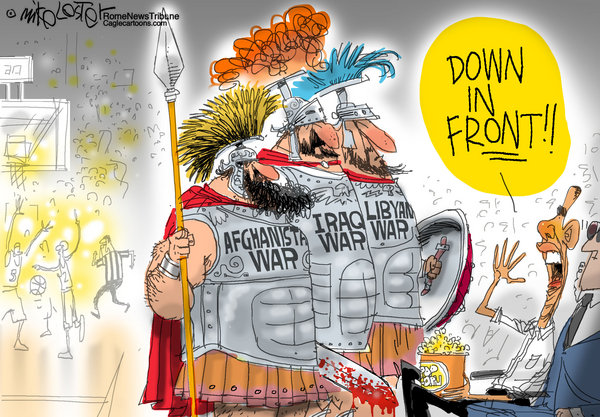 Check out this cartoon by Mike Lester of the Rome News-Tribune. He is of course referring to Obama’s admission in an interview with Peter Baker for an extensive and worthwhile article in the New York Times that he belatedly realized there’s no such thing as shovel-ready. 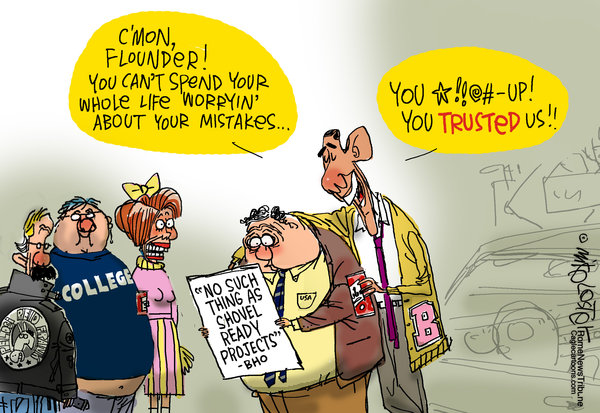