I love it. Sen. Jeff Flake, a friendly-style conservative Republican from Arizona, would be the bogeyman wrapped up in a nice guy Halloween costume for the media under normal circumstances. You know, he wants to hurt poor people, take away everyone’s health care, dispatch women to back alley abortions, the whole thing.

Except, of course, if he opposes President Trump. Then he’s a “principled” man.

I just don’t get why the media doesn’t get why President Trump goes after them when they are so predictably antagonistic and biased against him.

Yeah, he made some “dark” comments. That’s’ because it’s an increasingly dark world, thanks to the policies of “Sunshine” Obama. Priceless here to see Susan Rice, who is the architect of the world mess we face, freely criticize Trump as if she had a decent record of her own.

The mainstream media routinely express disgust at conservative outlets and the bias they represent, presenting themselves as the neutral arbiters of what Americans must read and hear.

So, in case it had occurred to you that the MSM might have a point, have a look at these headlines about President Trump’s decision to exit the Paris climate accord.

This one by USA Today is the worst of the lot. Not the slightest effort to hide a liberal bias. 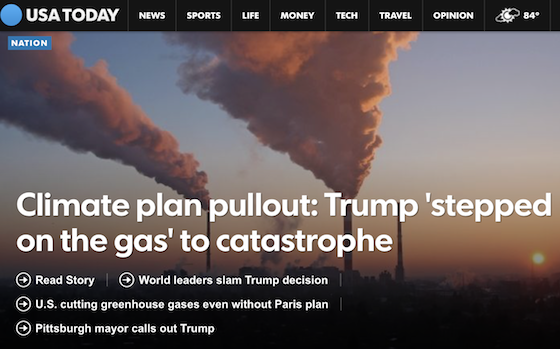 Note below the Paper of Record laments that “nearly all nations” signed the accord — i.e so how could we be so stupid? — and American is “history’s top polluter” but is leaving anyway. 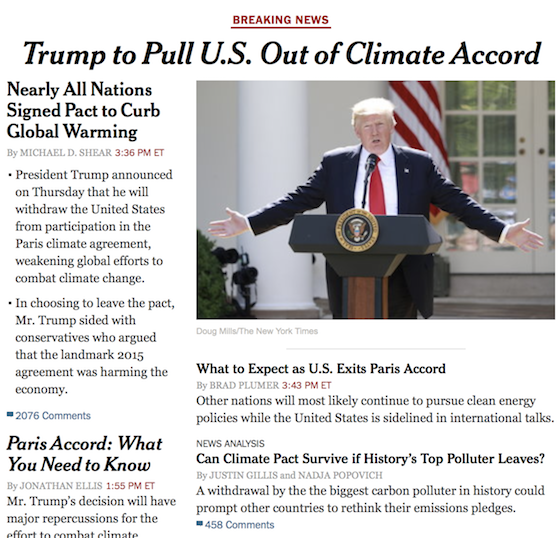 Trump leaves an “historic” pact, the Washington Post informs us. You can practically see the tears over us messing up such a thing. He “alarms” foreign leaders. Nothing about him maybe pleasing Pittsburgh. 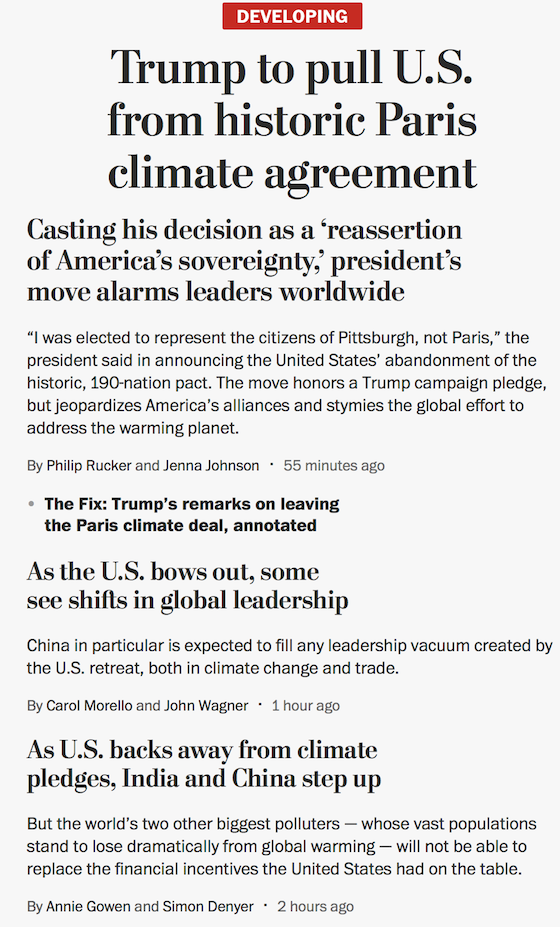 And then CNN. The world “outcry swells” the nation’s formerly leading cable news network proclaims. The consistently egregious Fareed Zakaria falls into hysteria and claims that the U.S. has ceded its claim to world leadership. 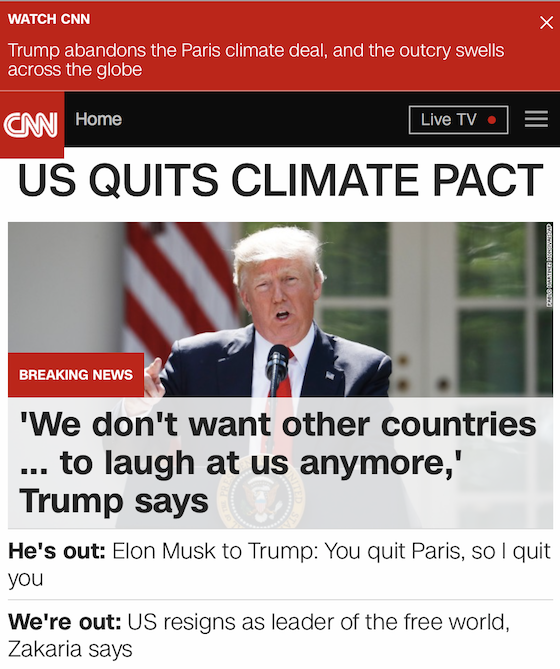 And so, this is why you have a conservative press. Because WE NEED IT.