Perhaps there is some technical definition of a recession. But everyone colloquially defines it as two successive quarters of negative growth. With today’s news that the economy contracted nearly one percent in the second quarter after contracting 1.6 percent in the first, that’s what we’ve got.

Apparently, recessions are only for Republican presidents. Of course, the press is marching along in lockstep. Even the Wall Street Journal is buying in. 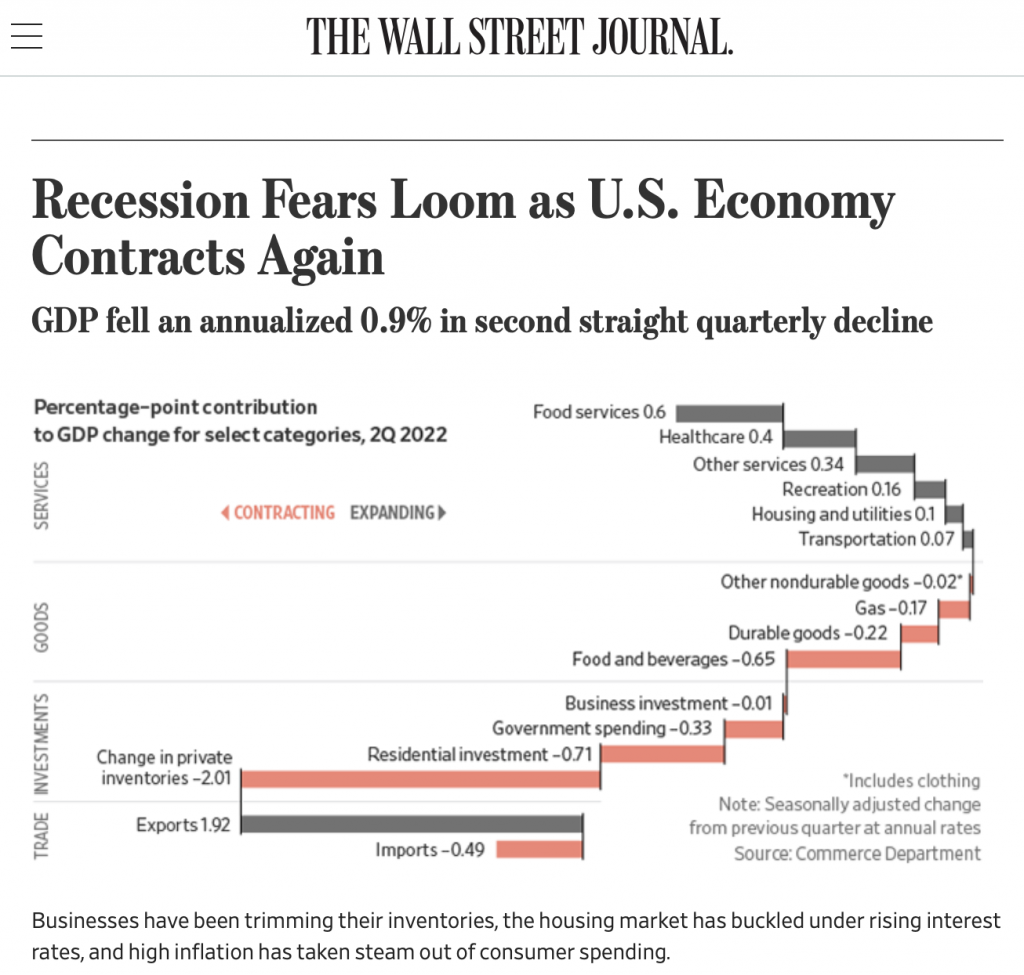 Even people who lie about stuff know that a recession is two straight quarters of negative growth.