Fifty-nine percent of Jewish Israelis have a favorable opinion of President Trump, about 20 points higher than the positive reviews given Trump by Americans, according to a new Unversity of Maryland poll.

The survey, which was described by the pollster in Politico, found that 70 percent of Orthodox Israeli Jews back Trump, but even 45 percent of secular Jewish Israelis support him while only 30 percent of them have an unfavorable view.

The pollster, Shibley Telhami, cautions that the poll was conducted as Trump announced his decision to withdraw from the Iran nuclear deal, a move that could have bumped his number up.

The poll also found that 73 percent of Jewish Israelis support moving the U.S. embassy to Jerusalem and believe now is the time to do it. 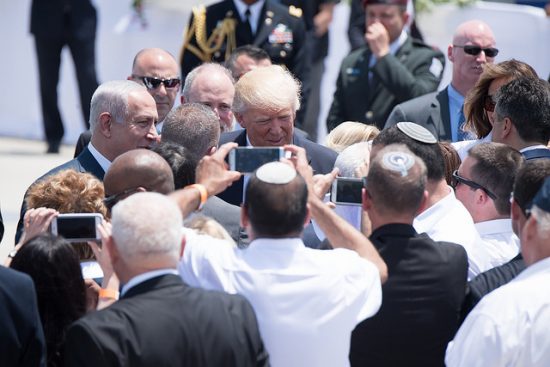