For the whole time I’ve been a reporter in Washington, about two decades, the common “wisdom” has been that you have to carefully kiss China’s ass so as not to disturb markets, cause it to “retaliate” through trade or by “calling in our debt,” and so as to turn China into a democracy.

Meantime China has done what it wants – slapping tariffs on our goods, manipulating its currency, stealing our intellectual property, repressing its people, and illegally seizing territory in the South China Sea.

And as usual, we keep convincing ourselves that we can turn expansionist dictatorships into Jeffersonian democracies. Western leaders and elite always have the conceit of thinking so well of themselves that they assume everyone must be like them deep inside, or aspire to be.

China operates by force, and understands force. President Trump understands human nature, and the nature of our adversaries, far better than any think-tank Ph.D. He knows what China will respond to. Threats, and tough action. 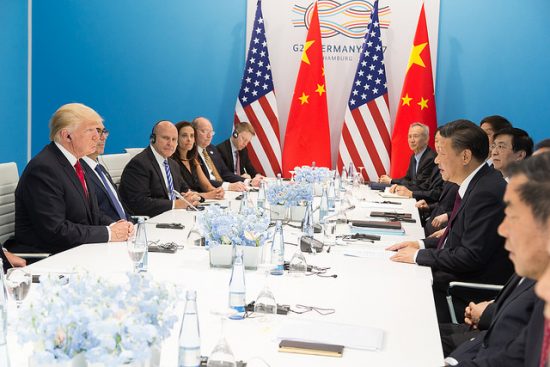 Sure, the entire State Department and the whole Washington press corps pissed its pants when Trump assessed tariffs on Chinese goods.

And so did Xi Jinping.

From the Wall Street Journal:

In a speech that officials had billed as a major address, Mr. Xi said Tuesday that plans are underway to accelerate access to the insurance sector, expand the permitted business scope for foreign financial institutions and reduce tariffs on imported automobiles and ownership limits for foreign car companies.

Throughout his 40-minute address, Mr. Xi never mentioned the trade friction with the U.S. or President Donald Trump. His remarks seemed designed to offer some policy initiatives, if not concessions, while drawing a contrast with President Trump’s “America First” agenda and portraying China as a steady global partner committed to the international trade order.

“In a world aspiring for peace and development, the Cold War and zero-sum mentality look even more out of place.” Mr. Xi told the Boao Forum, a government-backed gathering of business and political leaders on the tropical island of Hainan.

China is no partner to any global order. China and the United States are locked in a decades-long struggle for world hegemony and influence. That is why Xi warns about not engaging in a “Cold War.” Because he knows he has created one, and he wants to win it.

6 Responses to China Backs Down to Trump