Look at this. See if you can spot the “mistake.”

Here is a headline for a story Politico has had on its website all day. Below a photo of Trump looking all nasty and ugly is a headline that declares he thinks “our relationship” with Germany is bad for the United States. 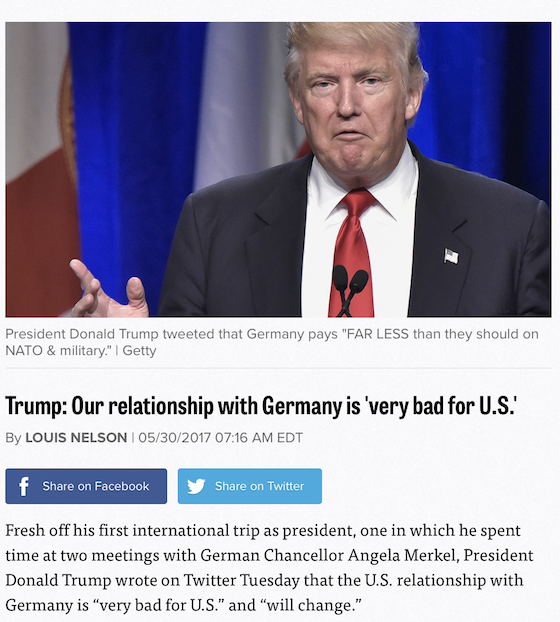 And yet, that’s not at all what he said, according to Politico’s own account:

If fact, Trump is saying only that the trade deficit and Germany’s failure to pony up for NATO are “very bad” for America. Not the whole relationship. The headline suggests that crazy Trump wants to cut off ties with our Teutonic amigos.

This is not the mistake of a single person, the reporter. It takes at least one editor as well to miscast Trump’s views in this light. That suggests to me an eagerness to say something more damaging about Trump than the facts suggest. That is, fake news.