Yes, he’s back from Tahiti, rested and ready to start interfering.

Barack Obama Monday will make what I think is his first public appearance since President Trump’s inauguration, landing in Chicago to get young victims of microagressions excited about community organizing.

President Barack Obama will be joined by young leaders on Monday, April 24, 2017 at 11am CT for a conversation on community organizing and civic engagement at the University of Chicago.* This event is part of President Obama’s post-presidency goal to encourage and support the next generation of leaders driven by strengthening communities around the country and the world. Young adults from schools in the Chicago area have been invited to attend the event.

So the ex-president is already going to start spurring people to protest against his successor. I mean, what do you think these people are going to be organizing for, funding for a memorial to Milton Friedman? 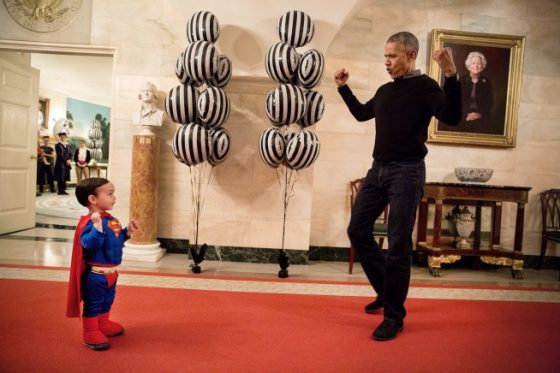 And in case you were concerned, don’t be. Obama can’t start making $1 million speeches right away, it would look crass, so he’ll have to do some of this nonsense first. He’ll get there. Not, though, that he doesn’t sincerely believe in community organizing against President Trump.

*Misplaced modifier alert: Note that the first sentence of the Obama statement suggests that the eventual community organizing and civic engagement will occur only at the University of Chicago.

I guess we’ll need to tune in to find out just what the hell is going on!