President Obama today is hosting U.S. Olympians at the White House. But not just this year’s winners.

Among those who will be in attendance are Tommie Smith and John Carlos, the two African-American who raised their fists on the podium in a black power salute during their medal ceremony at the 1968 Olympics.

Honoring Smith and Carlos, who were thrown off the Olympic team for their actions, is one thing. I get why two African Americans would want to stage a protest on a public stage in 1968 about the treatment of blacks in a nation where blacks were still denied basic rights and where racism was endemic. I might have done it myself. 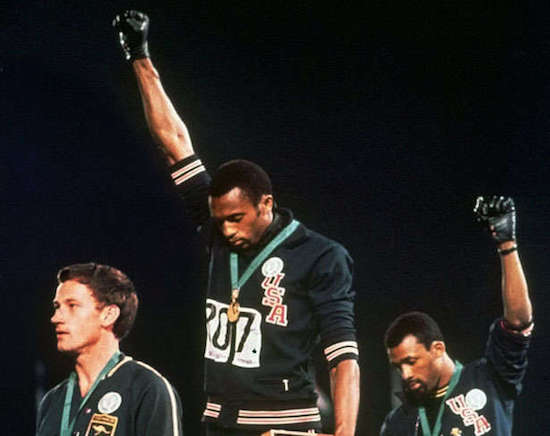 But that is not America today. There’s still racism, but it is not widespread. Even among the police, who are mostly trying to protect African Americans. The problems blacks experience today lie within their communities and stem in part from the liberal policies supposedly designed to help them. Anyone, especially overpaid athletes, who disrespects the American flag and the national anthem is contemptible and ought to get out of the country.

Bringing Smith and Carlos to the White House in the context of the current national anthem protests is a clear sign of solidarity with those showing contempt for our nation today through disrespect for its symbols.

And this from the president of the United States, the man sworn to uphold the Constitution.

How disgraceful. And even, how frightening.