No Serious Statement From Obama on Charlotte, But That’s Okay

President Obama is checking out.

Here we have riots in Charlotte, North Carolina that resulted in the death of a protestor and a couple of dozen police officers injured, and Obama cannot muster up a serious statement.

It wasn’t until Thursday, after two nights of violence, that he mentioned in an interview with ABC News that the protestors should be “peaceful.” But he also noted “the pervasive sense of frustration among a lot of African Americans about shootings of people and the sense that justice is not always color blind.”

His spokesman opened the daily briefing Thursday insouciantly without a mention of the violence.

“There’s a lot going on in the world today, so I anticipate a wide variety of questions today,” said White House Press Secretary Josh Earnest. “So let’s just get right to it!”

He was immediately asked about Charlotte and made clear that the president felt he had talked enough about such things.

“The President has, unfortunately, had numerous opportunities to address this topic,” Earnest said.

Indeed, he has, and things have only gotten worse.

The White House is right, it’s enough. No one needs another lecture from Obama highlighting a problem — racially motivated police brutality — that is not one of the more serious issues facing the country, or African Americans. The anger spilling into the streets is at bottom the result of the terrible circumstances of too many black people and the anger that it generates — anger fueled further by so-called black leaders and the president.

No doubt young black men are tired of being profiled by police, but the reason they are is that blacks commit a disproportionate amount of crime. Which bring us back to the bottom line undergirding this: Fed by liberal policies, African Americans are rutted in a cultural and economic nightmare.

Blacks need Republican policies that will give them the means to extricate themselves. 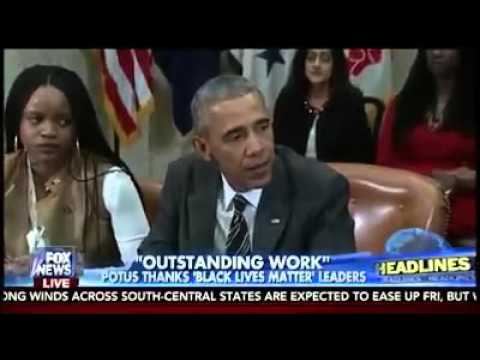 Of course, the president should make a statement from the White House lectern, because this is a particularly ominous thing going on in Charlotte. Dozens of people are violently protesting that a black cop, in a police department run by an African-American, killed a black man who had a gun. Now, what on earth are police supposed to think if they can’t shoot someone who has a gun without sparking a protest? Police are going to get killed, and they will back off, ensuring there is more crime and killing the communities they are trying to protect.

But what Obama would say would be counterproductive. He’d lecture about wrongs committed on both sides, and so forth. He wouldn’t simply say something reasonable, like law an order needs to return to Charlotte.

So yes, better he say nothing at all and go play golf tomorrow like he usually does.

32 thoughts on “No Serious Statement From Obama on Charlotte, But That’s Okay”