Remember all that talk over the previous months about steady interest rate increases by the Fed? Well, forget about it. The Fed made clear this week that it understands that the Obama economy is not going anywhere and, therefore, neither are rates.

Scary. Because one of the least-remarked features of the barely growing economy is that it is occurring in an environment of basically zero interest rates. Investors have nearly free money, and Obama still can’t make the economy work. The Fed is being as stimulative as it can without actually paying people to take money. And if the ISIS terrorists Obama has permitted to spawn inflict an economically disastrous strike or something else spurs an economic meltdown, there are very few tools left to deal with it. 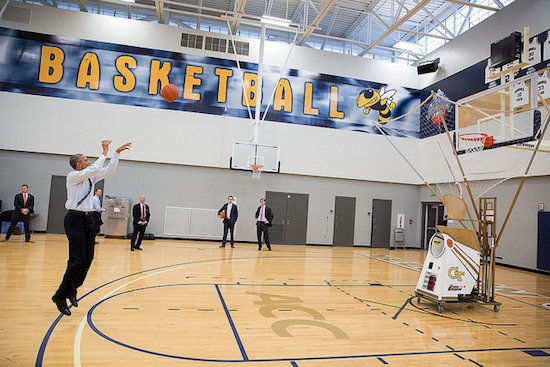 Growth the last two quarters has averaged about one percent. The Federal Open Market Committee is now predicting just two percent growth for the year, seven years into the Obama “recovery.” And the FOMC thinks things won’t get any better next year either.

The Keynesian economists who have run U.S. economic policy since 2008 are clearly stumped. First they said $800 billion in fiscal stimulus would stir a return to prosperity, then they said that monetary stimulus would do the trick. Now they blame their failure on “secular stagnation” and Republicans in Congress whose pro-growth proposals have been blocked at every turn by Senate Democrats and President Obama . . .

The the reality is that this is the (economist Paul) Krugman-Obama economy. The White House and Fed have spent eight years pursuing the City University economist’s agenda of raising taxes, increasing regulation in every possible section of the private economy, and trying any new monetary experiment.

Seven years after the recession ended, we know the score: The slowest expansion in decades, falling labor participation rates last seen in the 1970s, mediocre business investment, a declining pace of business start-ups, disappointing wage growth, rising inequality, and an outbreak of angry populism on the left and right.

President Obama has regulated, taxed, and spent this economy to the precipice of disaster. Hillary Clinton will be surrounded by the same economic advisors. She will do more of the same.