The largest health insurer in Texas wants to hike premiums for Obamacare plans by nearly 60 percent, the latest evidence that consumers may see steep cost increases this year under President Obama’s healthcare law.

Blue Cross Blue Shield of Texas has requested hikes it says could affect nearly 603,000 Texans buying health plans through healthcare.gov, the insurance marketplace set up under Obamacare. The rates have yet to be finalized and Blue Cross could choose to ramp them down, but the Obama administration lacks the authority to force the insurer to do so.

Because, gosh, let me explain again, Mr. President. There is a such thing as economics, which does it’s own thing despite the inspired genius of liberal reformers like you. 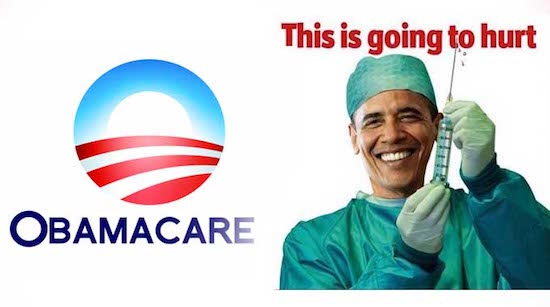 When demand for a product or service increases, the price goes up. In this case, when you actually force people to buy a product, it exacerbates the increase in demand. And when you force businesses to sell a certain product, whether the customer needs it or not, you add further to the cost of provide it.

The result: Price increases. There is no more basic low of economics than supply and demand. Somehow, Obama’s economists haven’t heard much about it.

Unfortunately, it is average consumers who are bearing the cost of this enterprise known, in one of history’s great ironies and spin jobs, as the Affordable Care Act.

There were better ways to increase coverage that involved greater consumer choice and flexible options for purchase. And Obamacare hasn’t done nearly what was promised to broaden coverage, despite the traumatic change it required.