The Hillary and Bill Co-Presidency

Hillary Clinton said over the weekend that she will put Bill in charge of the economy.

“My husband, who, I’m gonna put in charge of revitalizing the economy, ’cause you know, he knows how to do it,” she said.

Let’s think about this. There, for the most part, are two things a president does: Foreign policy and economic policy. So Bill is going to get half that, while the former Secretary of State, I suppose, focuses her mind overseas. 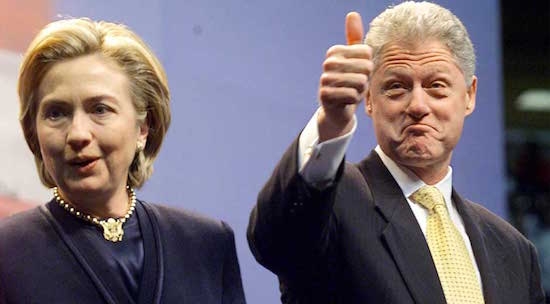 Maybe that’s stating it a little too strongly. But there is a Constitutional prohibition against any person serving more than two terms as president.

Bill Clinton is a force of nature. He will not be stymied in the West Wing, by anyone, no matter their title. I covered him as a reporter. He will be walking around constantly with ideas, calling people, making demands on staff, issuing orders on behalf of Hillary, and so forth.

If Hillary is augmenting this by effectively putting him in charge of the economy, then at what point do we conclude that we are going to effectively have a co-presidency?

53 thoughts on “The Hillary and Bill Co-Presidency”