Okay, Mr. President. At White House Dossier, you get all the credit.

We’re basically within an accounting error of a recession, and President Obama is front and center on the New York Times website Thursday grumbling that he is not getting credit for fixing the economy. The economy, in the first quarter of 2016, grew at an annualized rate of 0.5 percent, following a 1.4 percent increase the last quarter of 2015.

The Wall Street Journal notes, “U.S. corporate profits are set to decline for the third straight quarter, the longest and broadest slide in earnings since the financial crisis.”

Yes, Mr. President, you fixed us. You fixed us good. 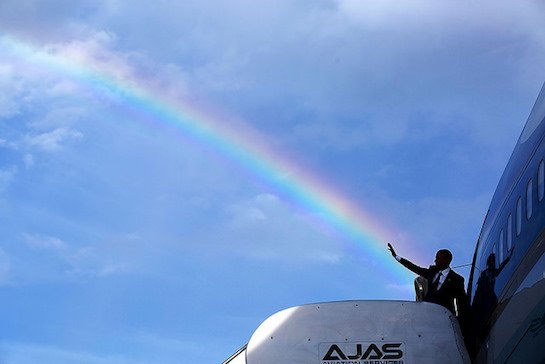 Obama, of course, thinks the reason he is not getting “traction” for his excellent stewardship of the economy is the same as the reason for all of his problems: Republicans and their politicization of everything.

From the Times piece:

There are, of course, many reasons so few Americans seem to be celebrating. “How people feel about the economy,” Obama told me, giving one part of his own theory, is influenced by “what they hear.” He went on: “And if you have a political party — in this case, the Republicans — that denies any progress and is constantly channeling to their base, which is sizable, say, 40 percent of the population, that things are terrible all the time, then people will start absorbing that.”

Alas, by any conceivable measure – or by any relevant measure – things are terrible. Obama has the worst economic growth record of any post-war president – ALL OF THEM – with an average GDP increase each quarter of around 1.7 percent. More people are out of the workforce than at any time in the last 40 years, helping account for the low unemployment rate, since those not looking for work aren’t counted as unemployed. Median income hasn’t risen, and the poverty rate is at the same level it was before Lyndon Johnson’s Great Society socialism kicked in.

And yet Obama and the New York Times collaborate on a serious article about why he isn’t getting enough credit. Go figure.