Are American Jews Ready to Take Down the Israeli Flag Too?

As a conservative Jew, I sometimes pity the tribe members to my Left. It’s not a simple thing these days being a liberal Jew.

You can nod your head along with usual consensus at dinner parties and wherever else liberals gather, lamenting the stupidity of the Tea Party, the cupidity of Wall Street, the inanity of Sarah Palin, and the impossible hand dealt to President Obama by George W. Bush.

It all goes swimmingly enough until you arrive at the Middle East. At that point, proclaiming that you detest Netanyahu too may not be enough. Because increasingly on the Left, Israel’s raison d’être is in question. After all, goes the logic, Apartheid is Apartheid, whether it is Likud or Kadima inflicting it.

Many liberal Jews no doubt have been high-fiving other advanced thinkers as the Confederate flag came down and same-sex marriage became an inalienable right.

But Jews should have a sense of foreboding about the manner in which these victories are being wrought. Because the victors seek not just to win the argument but to have the last word and close off further debate. And eliminating the right to object is a worrisome development for American Jews, whether they realize it at the moment or not. 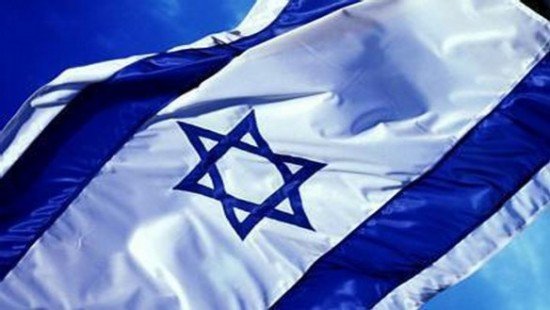 Supporters of traditional marriage were relegated by the Supreme Court not just to the past, but to the dustbin of washed up bastions of intolerance.

The hope of gay men and women “is not to be condemned to live in loneliness, excluded from one of civilization’s oldest institutions,” wrote Justice Anthony Kennedy for the majority in Obergefell v. Hodges. So, to speak from this day forward against gay marriage is not just to have an opinion, but to try to revive hateful attempts to isolate and exclude.

The Confederate flag is abhorrent to many and surely should be removed from official display by state governments elected in part by those upset by it. But in the growing climate of antagonism toward any speech that antagonizes, it was not enough to transfer the flag from state Capitols to the musty museum. It had to be removed from store shelves, whether virtual or brick and mortar, lest someone incur a painful micro-aggression from just the sight of it. This even though a majority still conceive it not as a banner of racial hatred – though some assuredly view it this way – but as a emblem of the South.

Statues and paintings of those who fought for the flag will soon also be displaced from public view or, better, hammered to pieces, in the manner that the Islamic State destroys artifacts of earlier civilizations in the new lands it seizes.

As the Left and the vociferously offended work to extinguish every putatively offensive peep, Jews in particular might stop and reflect for a moment on what the erosion of the First Amendment means for their own place in American society.

I wonder what Jewish person today, in an outburst of Zionist pride, would dare to display the Israeli on their front lawn, particularly in one of the more liberal enclaves of the East or West Coast?

Inevitably, they will be accosted walking the dog or browsing the organic meat section at Whole Foods and forced to justify settlement building in the West Bank or incursions into Gaza. Better have an explanation ready.

How many lefties in the neighborhood would murmur, “They had it coming,” if someone, in a stand of solidarity with oppressed peoples, lobbed a brick through the living room window? Would it really be overdoing it for a person displaying an Israeli flag to wonder if Islamist extremists might do much more than break a window?

Such is the climate of intolerance for objectionable commentary that even the White House, in the aftermath of the terrorist attack on the “Draw Mohammed” event May 3 in Garland, Texas – which easily could have resulted in mass casualties – felt the need to caveat its averral of support for free speech with a suggestion of empathy for the anger animating the attack, making sure to term the event itself “offensive.”

But a kind of political correctness-driven hysteria has seized the country, providing advocates of various causes with the idea that they should, and indeed can, completely command the debate, expunging dissent and all traces of the old order.

The heady feeling of finally being able to lay down the law with unchallenged authority obscures a deeper and more vital truth: That free speech is being trampled, and in the long run, it is free speech that guarantees the security of the same minorities benefiting from the quashing of politically incorrect dissent. If victory in some particular battle comes at the expense of unfettered discourse, the peril to minorities like the Jews grows rather than dissipates.

As the lexicon of forbidden speech expands outward with growing rapidity from “fire in a movie theater” to things that don’t really endanger but merely offend, Jews should begin to worry that we too may soon begin to drift into the category of “offensive.”

Because this has always been the greatest peril for the Jews of the diaspora: That life can get uncomfortable, or worse, as we become offensive to our hosts.

21 thoughts on “Are American Jews Ready to Take Down the Israeli Flag Too?”