I actually think President Obama convinces himself that most of the things he is saying are true, and even, wise.

That they are neither doesn’t make him a liar, nor even a fool. It makes him an egoist completely convinced that things are right merely because he does or says them. And, being an egoist, he wants to have the presidency he has always dreamed of, which includes things like spreading the wealth around from those who have earned it to those who haven’t. And not fighting wars, which he was always told were things greedy capitalists and Republicans like to do, not crusaders for social justice like himself.

And so, never having been serious about attacking Iran, he started negotiations with the Iranians in a very bad position, since attacking Iran was his ace in the hole. Having conveyed to the Iranians that he had taken his best card and thrown it in the garbage, he let them take him to the cleaners, even though they weren’t even playing with a full deck.

At a White House press conference today, Obama repeatedly defended his Iran deal by challenging skeptics to say what else they would have done. As if there were no other options than the surrender he had arranged. The answer to this is of course very simple, and was expressed by Israeli Prime Minister Netanyahu during his address to Congress: Get a better deal. 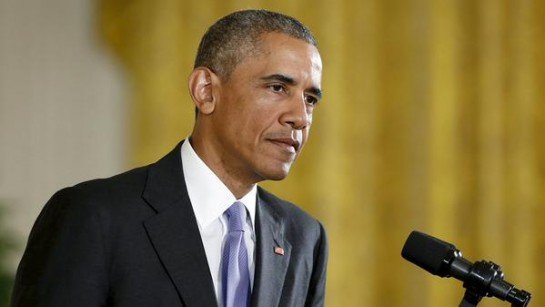 Obama specifically addressed this with his usual straw man approach, saying that a better deal could only mean eliminating Iran’s nuclear program, which he asserts no one in their right mind believes Iran would ever do. Which begs the question: Why, then, was that the original intent of the Iran negotiations?

How about a deal that severely limits their program, unlike this one. How about one that allows the anytime/anywhere inspections were were promised?

HOW ABOUT ONE THAT DOESN’T END IN 15 YEARS?

With a nice, large-gauge figurative gun pointed at their heads, the Iranians might just have decided they could accept a very limited nuclear program, or none at all.

And if not, we had to be prepared to go ahead with an attack, which Obama was not. Unless maybe by leading from behind, so far behind that nobody would want to be in front.

I’m currently reading a biography of Julius Caeser. Quite a good one – Caesar: Life of a Colossus

The barbaric lengths the Romans went to during that time to preserve and expand their empire were bracing. Thousands of hostages from defeated tribes, captives sold into slavery, killing of men, women, and children, burning of villages – all to the convey the idea that the Romans weren’t to be messed with.

This was standard practice of the time and accepted by everyone as doing what was necessary to maintain and strengthen Roman civilization. It wasn’t even surprising to Rome’s enemies, who frequently did such things to each other.

Of course, I wouldn’t want us to return to anything like that. And I think we should use our military sparingly. But there are times when, if we are going to maintain our civilization, we have to evince a sliver of Roman toughness. We need to look at the world with a steely, unforgiving eye that recognizes that many of our foes are still living in barbaric times, thinking barbaric thoughts. And that they want to attack us, because they simply hate us and want to advance their own rotten civilizations. 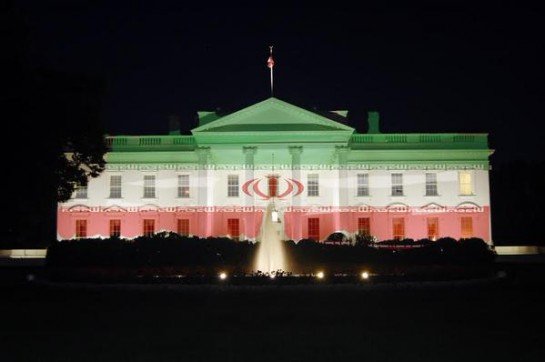 Iran’s leaders are never going to be reformed, as Obama hopes. And with the victory he has given them, they won’t soon be overthrown either. In 15 years they be off to the atomic races, developing nuclear weapons while their neighbors – no less barbaric, most of them – start developing their own as a countermeasure. And this grave, existential threat to the world will arise because in the moment of truth, our civilization stood down from what had to be done.

Obama is right that military force is no guarantee that Iran won’t develop a nuclear weapon. Unfortunately, the deal he has struck is a guarantee that they will.

Israel is an older civilization, with a longer memory. They understand the type of people they are dealing with, because they’ve been dealing with them for millennia. They get that 15 years is nothing in the long history of a civilization as old as Persia. Unfortunately, they may have to act alone. But, I believe, they will act, because they have to.

And whose side exactly will Obama be on when they do?