Mexican drug lord Joaquin ‘El Chapo’ Guzman, who busted out of prison a couple of days ago, said Donald Trump is making him really, really mad and if this continues he’s gonna do something about it.

Trump has been bashing Mexico for allowing Guzman to escape.

According to the Daily Mail, Guzman tweeted out a warning to knock it off:

The property magnate is taking the threat seriously. According to TMZ the billionaire has called in the FBI to investigate the source of the Twitter account which warned Trump he would be sorry he spoke out against Mexico.

I don’t know, I disagree. Trump’s hair is not so much blond as it is sort of a vanilla custard. 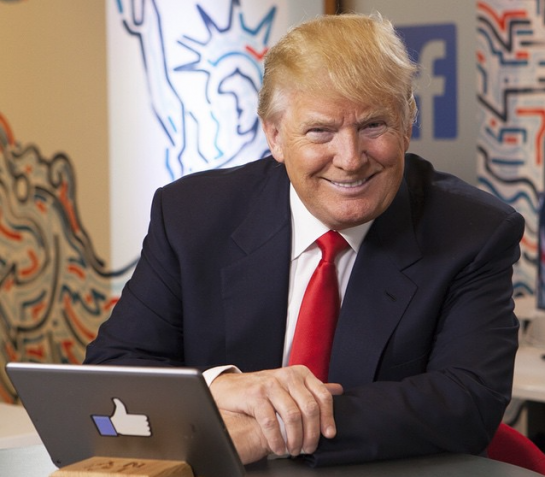 Guzman also took aim at Mexican President Enrique Peña Nieto, suggesting his nefarious activities were doing more for the economy. Guzman’s nefarious activities, not Peña’s: ”And you @EPN, don’t call me a delinquent because I give people work unlike you you cowardly politician,” Guzman tweeted.

Guzman has 287,000 followers. Imagine waking up morning and logging onto Twitter and finding out Guzman had “followed” you.

← Will Christie Benefit From the Trump Surge?
Obama Commutes Sentences of 46 prisoners →