Donald Trump won the White House Dossier Republican presidential candidate poll with just under 26 percent of the vote, easily outpacing his nearest rivals, Scott Walker, who garnered 19.6 percent of the vote and Ted Cruz, who received a little over 18 percent.

Trump’s victory no doubt reflects the massive publicity he has received since announcing his candidacy nearly a month ago. But it also likely indicates strong satisfaction with his straight-shooting style and his willingness to talk bluntly about illegal immigration, a subject other Republican candidates have tiptoed around. 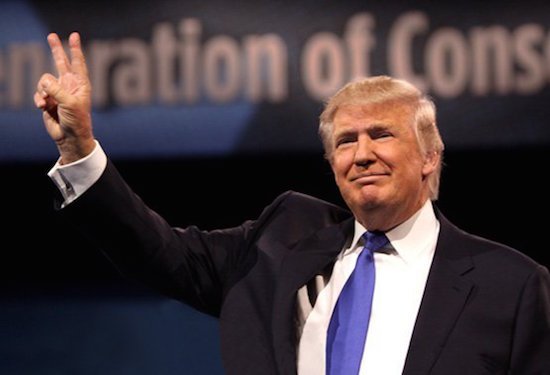 The poll is not “scientific,” since it was not randomly conducted. Instead, readers were asked over the course of 24 hours from Thursday to Friday to choose their candidate from a list on the website.

But given that 83 percent of the 1,960 respondents described themselves as either “conservative” or “very conservative,” it at least presents some idea of what those in the party’s right wing are thinking.

Both of them were eclipsed by Carly Fiorina, who showed surprising strength at 7.5 percent. Fiorina, who has been wowing audiences with her impassioned speeches and impressing viewers with intelligent, forceful commentary on TV, may be the great sleeper in this race.

By contrast, Mike Huckabee, Lindsey Graham and Rick Santorum, all regular TV presences and well-known names, hardly registered in the poll, scoring less than one percent of the vote.

For me, Huckabee’s negligible showing and Fiorina’s solid performance may be the poll’s biggest surprises.

Ben Carson received a respectable 5.3 percent. But since he has done better in other polls, it may suggest that his star among conservatives is dimming.

Here are the results of the candidates poll. Was this what you expected? Let’s hear your analysis! 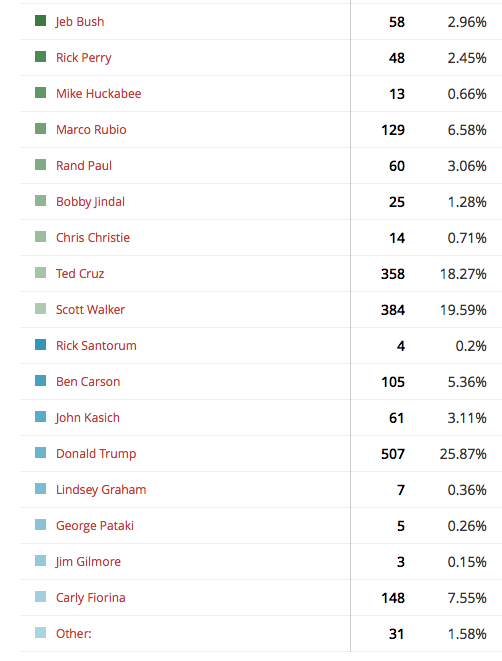