Here’s how to think of the Hillary Clinton email saga.

It’s difficult, in a way, because emails are not tangible things. They’re a form of organized electricity. Lighter than air. Like thoughts that can float away, or in this case, be erased in an instant.

To better understand what she did, let’s go back to a time before there were emails. Let’s go back to the Reagan administration. And let’s imagine if Reagan’s first Secretary of State, Al Haig, instead of archiving written memos sent to him by other administration officials, brought them all home. And then, when someone found out about it, he went through them and turned over 30,000. And then he got his fireplace roaring and burned 30,000 others, claiming they had nothing to do with official business.

What would Democrats, and many Republicans, be saying about that?

Mrs. Clinton had no particular reason to erase her email server. It’s a piece of electronic hardware. It doesn’t start to bulge and take up more space around the house if it has emails on it. The only reason to erase it is that she didn’t want people to see what was on it.

Now we find out that she didn’t, as you might have expected, turn over all the work-related emails. What’s more, some were edited by her staff

None of this, somehow, is any problem at all for the Transparency White House. 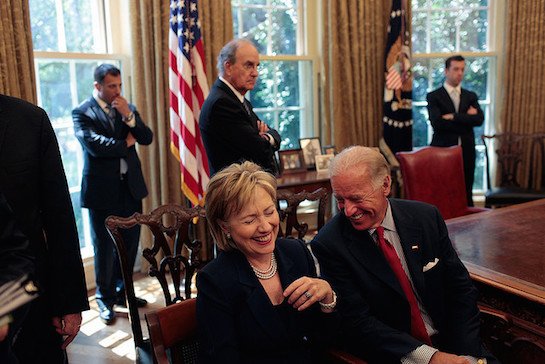 Kevin Corke of Fox News, who in his short time at the White House has already established himself as one of the best cross examiners in the briefing room, wasn’t letting White House Press Secretary Josh Earnest get away Monday with the usual buck-passing to Hillary’s staff. The conversation made for some great TV.

One sample will show you why Corke presents a problem for the White House:

CORKE: “While she worked for the president, those emails were public record. They’re supposed to be maintained. All of them. Turns out they weren’t. They were on a private server. Which was against what the president asked her to do. And then after the fact we all find out she had her team, or her staff, pick and choose which ones that she said were available. Can’t you see how that’s a problem?”