Obama’s Failure to Understand the Symbols of his Office

I wonder what would happen if nine people were murdered in a church and a Republican president jetted out to the West Coast for four days of fundraising and golf. Surely, the sensitivity police would have been brought out in force and locked down the nation’s airwaves, commenting on the callousness of the president and the Neanderthal nature of Republicans in general.

But Obama returned Sunday night from four fundraisers and two rounds of golf without hearing a peep of protest, his devotion to government having pre-certified him as a caring, sensitive type and rendered him immune to suggestions otherwise.

But the parties, the constant golf, the extravagant and frequent vacationing do take a toll. Because Obama does not understand that his presidency, like any other, is within a kind of petrie dish, and every seemingly insignificant mold that grows there is scrutinized by friends and enemies alike.

If Obama wonders why nobody in Congress cares what he thinks, why Iran doubles down on its insults as nuclear deal time approaches, or why the Chinese blithely arise strategically placed islands out of depths of the South China Sea, well part of the answer is the unseriousness with which everyone can see this president operates.

Obama, who the previous weekend had staged a “what the heck” party for 500 people to celebrate no particular occasion and who, during his California trip, offered a rare interview to a podcast titled “WTF,” has stripped the presidency of what was left of its dignity in the aftermath the fun-loving Democratic president who preceded him. 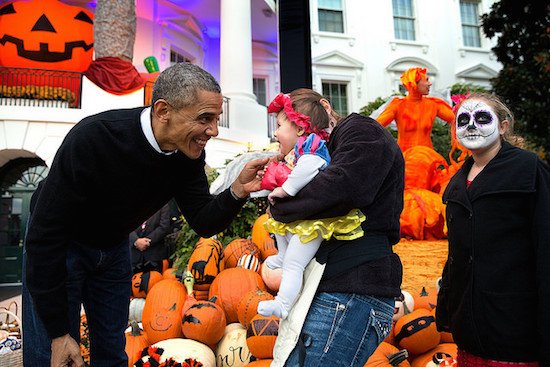 I was reminded of how the actions of a president can echo in unpredictable directions and with unanticipated force when I read last week about an interview former Israeli Ambassador to the United States Michael Oren did with the Times of Israel. Oren said:

The bottom line is that the day that Obama didn’t act against the Syrians (for their use of chemical weapons in 2013, and thus failed) to maintain the Syrian “red line,” was the day that the debate (over whether Obama was serious about his military option on Iran) stopped here. Did you notice that? Just stopped. Dead. And everyone went quiet. An eerie quiet. Everyone understood at that point that that was not an option, that we’re on our own.

Foreign governments, from friends and allies to adversaries and competitors, saw that the new president could make tough decisions, pay the price, and win the battle. The Soviets watched like everybody else. They observed how the new president handled a national-security challenge. They saw that his rhetorical toughness would be echoed in tough actions. They hadn’t known that until this point. They knew it now.

This is why Reagan’s secretary of state George Shultz said that the Patco decision was the most important foreign-policy decision Reagan ever made.

Everyone knew at the time that it was a domestic crisis. It wasn’t until years later that they came to appreciate that it was foreign-affairs victory.

People understood this new president was not to be messed with. Just as people understand they can mess with the current one all they like.