President Obama returned this week to a subject he has broached several times before, that Mrs. Obama does not receive a salary for her work.

“Let me tell you, now, Michelle would point out first ladies get paid nothing,” he said to laughter during a “town hall” gathering Wednesday in Charlotte, North Carolina. “So there’s clearly not equal pay in the White House when it comes to her and me.”

Well, uh, they’re not doing the same job, first of all. Which goes right to part of the reason women aren’t paid as much as men – they choose jobs that pay less.

But it’s obviously an issue for the Obamas. The president has noted on various occasions that Michelle doesn’t get paid even though “she works pretty hard” and it’s “a tough job.” It seems from his statement Wednesday, even if said with an element of jest, that Michelle is driving the conversation here. 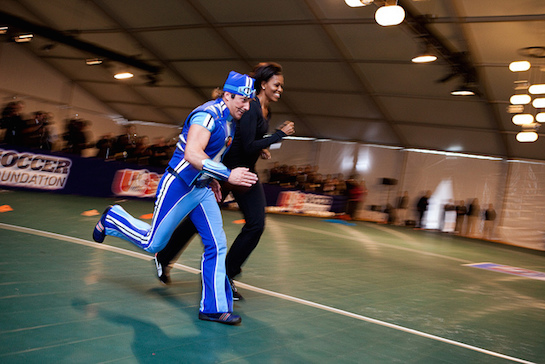 I understand the president wanting to stick up for his wife and recognize her work. And she does do some good work. But of course, she is quite well compensated.

How about free housing – utilities included! – in one of the world’s great mansions? And when was the last time she wrote a check to have the place cleaned? Or the lawn mowed? Sorry, maybe the president mows it. And paid travel all over the world, and many weeks of vacation every year. Food delivered by servants after being prepared by a personal chef.

How about the honor of being first lady? Sorry to be so old-fashioned.

It never occurs to liberals like the Obamas that her government salary would have to come out of other people’s paychecks, people who don’t go on safari in Africa or spend 24 days resting up in Hawaii over Christmas.

Her predecessor in the office thinks equal pay at the White House is not really necessary.

Eventually, political correctness will force a salary for a future first lady. But you still won’t see her filling up the limo at the Exxon station.