It was April Fools Day, 1998, and the Senate Commerce Committee had just voted 19-1 to pass sweeping anti-tobacco legislation. On the dais where senators had just voted and were still milling about, the White House domestic policy advisor steering the bill for Bill Clinton threw her arms around the committee’s Democratic staff director as the two celebrated an historic victory for health, for the children, and for the latest incursion by the government into the private sector.

The Clinton advisor was 37-year-old Elena Kagan, a passionate, brilliant advocate for her boss’s liberal social policies. I was there that day covering the proceedings as both the White House and tobacco legislation reporter for my publication, CongressDaily. It was unusual to see such open, public emotion by staffers.

The bill would ultimate fail on the Senate floor. Some of my sources told me they felt it was pushed too far to the left by Kagan. I can’t say for sure if it’s true.

What I can say is that when President Obama appointed her to the Supreme Court in 2010, he had it on good word from the Washington Democratic establishment that he was elevating someone committed not just to this or that legal principle, but to the Democratic policy agenda. 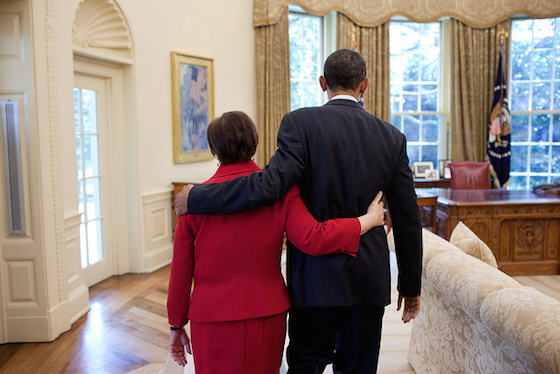 Kagan had never ruled in a case before, because she has never served as a judge, a highly unusual thing for a Supreme Court pick. Before Obama made her solicitor general in 2009, she’d never in her professional career argued a case in court. Any court. She’d pretty much either worked for Clinton or been in academia.

Most practicing attorneys and judges must learn to put their own feelings in check as they serve clients or try to fairly administer the law. Kagan had none of this experience. What she had were opinions. Liberal opinions.

And that, apparently, is what Obama wanted, and what he got. Kagan, according to SCOTUSblog, has voted the most frequently of all Justices with Ruth Bader Ginsburg – 94 percent of the time as of June 2014.

So I wasn’t the least bit surprised to read that during oral arguments Wednesday over the latest Obamacare challenge, Kagan expressed her annoyance with the whole thing. A “never-ending saga,” she said wearily and derisively of the Obamacare cases.

Kagan may well have a fine legal mind. But she is also steeped in an ideology extraneous to the law. Unlike Republican presidents, who have been unpleasantly surprised by the thinking of their Supreme Court picks, there will be no regrets for Obama. He chose her because she had a lot of a ideology and far fewer qualifications, just like he did when he became president.

With Kagan now just 54 years old, America will for many years to come have to endure another predictably liberal Justice.

But not just any other liberal Justice. She’s smart and agressive, and is viewed as the next great driver of liberal opinion on the Court. Maybe even Chief Justice one day. All the while dedicated to enshrining from within the judicial branch Obama’s dream of fundamentally transforming America.

15 thoughts on “Elena Kagan, Obama’s Fundamental Transformer on the Court”