The White House today offered up an opinion on measles vaccinations that appears all but identical to that of New Jersey Gov. Chris Christie, suggesting that laws and mandates should not be created to force people to get the vaccine.

Under repeated questioning, White House Press Secretary Josh Earnest today refused to say President Obama endorses laws to require vaccinations, saying instead that people should be guided by “common sense” and get vaccinated.

That, in essence, is Christie’s position, for which he has been pilloried. Speaking in England Monday, Christie said he had vaccinated his own children, but added, “I also understand that parents need to have some measure of choice in things as well. So that’s the balance that the government has to decide.”

Obama’s position too would ultimately leave the choice to parents. 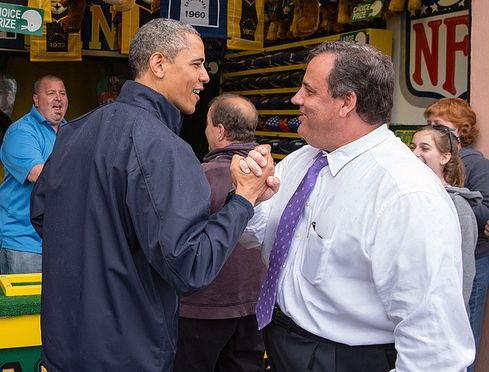 Asked by Fred Lucas of The Blaze how Obama’s position differed from Christie’s, Earnest didn’t directly address the question.

Earnest’s comments actually put Obama closer to the libertarian camp than conservative Ben Carson, a physician who seemed to concur with forced vaccinations by stating that while he strongly believes in individual rights, “we should not allow those diseases to return by foregoing safe immunization programs, for philosophical, religious or other reasons when we have the means to eradicate them.”

Obama is against forced vaccinations even though Earnest noted that failure to vaccinate a child can endanger others who for various reasons are unable to get vaccinations and could be subject to exposure to the disease from the unvaccinated.

Earnest’s resort to the “common sense” argument makes little sense. It is precisely to prevent people from hurting each other when they fail to exert common sense that we enact laws to protect society.

Driving down the Interstate at 90 miles per hour makes little common sense. Robbing a 7-11 also doesn’t show common sense. People do these things all the time. That doesn’t mean we should legalize these dumb ideas in the hope people will come to their senses and stop doing it.

The White House position is also similar – though not nearly identical – to that of Sen. Rand Paul, who also doesn’t support forced vaccinations. But, while he too said his own children were vaccinated, he went further than Christie and the White House in saying the measles vaccine can cause mental disorders.

16 thoughts on “White House Aligns with Christie on Vaccines”