The GOP Takes Obama’s Bait; to be Reeled in Next Year

By not making a stand against President Obama’s amnesty fiat now, Republicans have made a critical tactical mistake that could ruin their chance to seriously oppose the greatest un-Constitutional presidential power grab in memory.

Unless, of course, House Speaker Boehner and Senate Minority Leader McConnell are fully aware of the consequences of their decision and aren’t making a mistake at all.

As you probably know, the $1.1 trillion “Cromnimbus” spending bill Boehner and his lieutenants rammed through the House Thursday funds the government for a year, except for the Department of Homeland Security, the funding for which runs out at the end of February. This supposedly clever move sets up a potential fight over the funding within Homeland Security that will be used to enforce Obama’s amnesty order.

But by failing to strike now, when the wound Obama inflicted was still fresh and they maintained the leverage of shutting down the entire federal government – and keeping Obama from his Hawaii vacation – Republicans have put themselves in a precarious position. 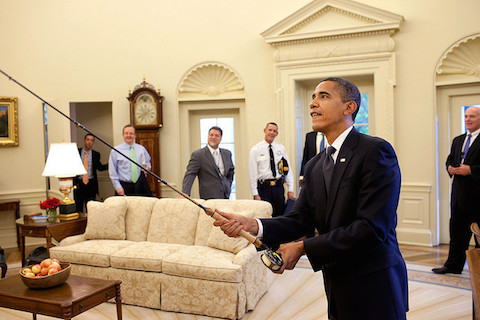 The White House argument early next year will be simple: Republicans, by creating a fight over the Department of Homeland Security spending bill, are jeopardizing national security, while the president is responsible and wants to safeguard the country. And who remembers that silly immigration order anyway?

With the issue narrowly focused on homeland security and immigration – and frightening thoughts of angry Latino voters dancing in their heads – Republicans won’t have the stomach for the fight. Obama, who never has to stand for election again – and who will have no vacation planned until August – will be steeled to do what it takes to preserve one of the major “accomplishments” of his presidency.

The premise of your question, Major, is that there may be some Republicans who will threaten to cease funding for border security, for criminal background checks and for the other elements of our national security infrastructure that are critical to our homeland security just because they’re upset with the president taking executive action on immigration reform.

I recognize that there has been a passionate response in some Republican quarters to this executive action, but I don’t think the vast majority of Republicans think it would be a good idea to stop funding for the kinds of personnel and programs that are critical to our homeland security . . .

My sense is that even Republicans would not want to be in a position of saying, ‘You know what? We should stop funding for our border patrol officers who are putting their lives on the line to secure our border just because I’m pretty mad at the president about his executive action on immigration, that — that thing that he announced about three months ago . . .

I do feel confident in saying they will not have widespread support among the American people for this.

Using the same awful logic that one death is a tragedy while a million a statistic, Republicans will have a harder time denying federal funding for an agency that includes vital security functions than they would have resisting the more diffuse case against shutting the whole government down. Think only of the terms involved: federal government, not a sympathetic entity to many, versus homeland security. Now who doesn’t want to secure the homeland?

People will wonder, with some justification, why, if the immigration order was so bad, Republicans didn’t move to scuttle it right away?

The Obama White House is limping toward its finish line, but it still has a few tricks up its sleeve. And Republicans just fell for one of them, hook, line, and sinker.

57 thoughts on “The GOP Takes Obama’s Bait; to be Reeled in Next Year”