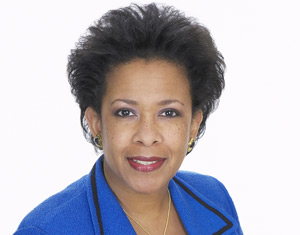 Lynch is not considered a showboat or a headline grabber, and she seems a lock for confirmation, having already been confirmed twice for posts unanimously by the Senate.

Making a relatively noncontroversial choice could be seen as an effort by Obama to build relations with Republicans, who no doubt will be steaming mad about his upcoming executive order on immigration.

It would mean rejecting Labor Secretary Thomas Perez, seen as a left-wing firebrand who previously led the DOJ civil rights division, for the post.

Lynch’s perhaps most famous case was the conviction of a white New York City police officer who sodomized Abner Louima, a Haitian immigrant, with a broken broomstick in 1997.

Lynch, 54, would be the first African American female attorney general. She was born in Greensboro, North Carolina and graduated from Harvard University and Harvard Law School.

UPDATE: It’s now official, Lynch will be nominated to be attorney general.