This month’s wildly successful White House fence jumper made it even further into the building than previously suspected, racing half the length of the ground floor of the White House and then some before finally being tackled by a Secret Service agent.

At this point I’m kind of surprised he didn’t run upstairs, put on some of Malia’s makeup and start dancing on the Truman balcony.

I hope and assume Michelle has been giving people plenty of Hell. Because between this and a shooting at the White House in 2011 that the Secret Service didn’t even realize was a shooting for four days, I would imagine that the Obama family does not feel safe in its own home.

Here is the itinerary for Omar Gonzalez’s self-guided tour of the White House mansion: 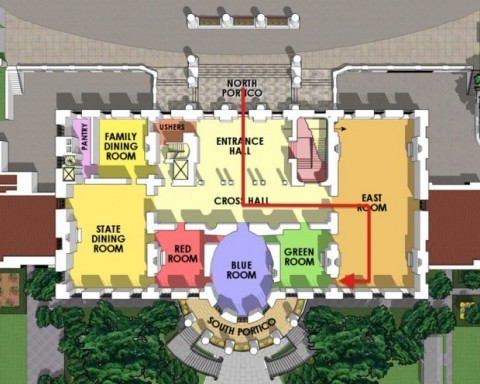 As you can see, Omar’s tour began in the Entrance Hall, where he was rudely greeted by a female Secret Service agent, whom he overpowered.

At this point Omar’s tour took him into Cross Hall, the ornate red passageway you often see the president striding down as he heads to the East Room to give a press conference. 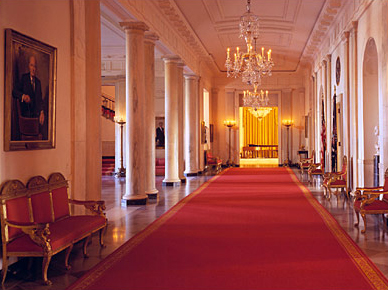 Omar had the same destination, heading straight down the red carpet and into the East Room, though it presumably had not occurred to him to give a press conference.

Don’t worry, the dignity of the East Room has previously been trampled. 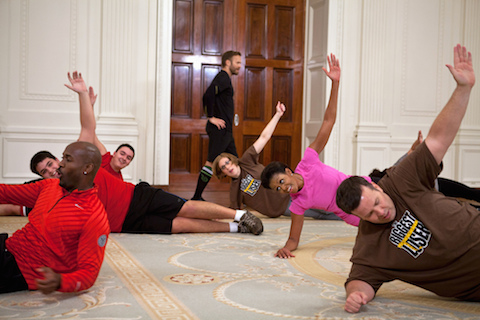 It’s not clear what he did when he was in the East Room or how long he spent there – whether he ordered out for pizza, tried to put a photo up on Instagram, or something like that. Presumably he wasn’t there long, though, and he made a right and headed straight for the door to the Green Room.

And who wouldn’t want to see the Green Room? It’s exquisite. 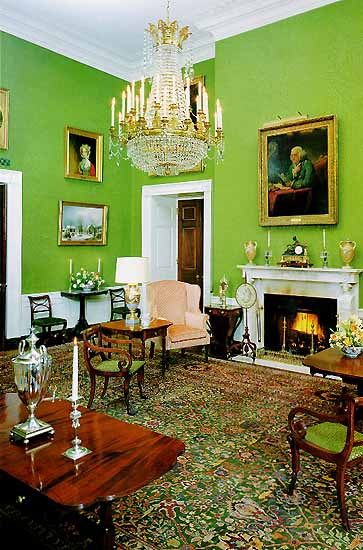 Other details are emerging about the incident. Rep. Jason Chaffetz, R-Utah, who sits on the House Oversight Committee, said he has been told the alarms were turned off because the White House ushers found them annoying.

Presumably the same ushers who would leap under a couch at the first sign of trouble.

The Congressman said two people inside the agency told him that boxes were silenced because the White House usher staff, whose office is near the front door, complained that they were noisy. A Secret Service official told The Post that the usher’s office was concerned the boxes were frequently malfunctioning and unnecessarily sounding off.

There is also speculation that the dog trained to bring down White House fence jumpers wasn’t released because there were so many uniformed Secret Service officers pursuing Gonzalez that the dog might have attacked one of them instead.

Now, let’s be honest. That would have been hilarious.

I would add here a little context to all of this. There has been no serious attempt on a president’s life since Ronald Reagan was shot in 1982. That’s 32 years. Has there been a 32 year stretch without a direct assault on the president since Lincoln? I doubt it.

The Secret Service must be doing some things right. Still, it’s a government agency. And like all government agencies, it must by definition contain its share on incompetence and Catch-22’s.

I would be very surprised if a fence jumper at the private estate of Steve Jobs could make it into the house.

Secret Service Director Julia Pierson will testify this morning at 10:00 am before the House Oversight Committee about White House security. I will live stream it.

33 thoughts on “Fence Jumper Ran Through the East Room”