If President Obama is really focused on helping the middle class, why would he want to deny them a chance at cheap lobster? 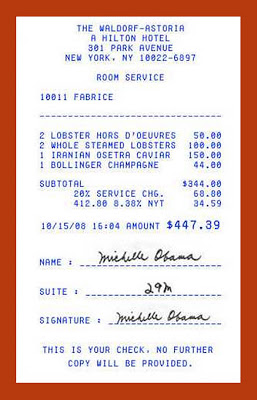 Why, if he really cares, would he consign us to forever purchasing the Louis Kemp lobster-flavored processed fish meat? No doubt he and Michelle feast ceaselessly on lobster and other unfortunate crustaceans while sojourning on Martha’s Vineyard every summer.

But it’s not for us.

Oh God, everyone, please raise the AC and rev up your SUVs!

According to the Associated Press, warming water in the Gulf of Maine has got lobsters in a sexy mood!

Ironically, the warmer water has created ideal conditions for lobsters and contributed to an overabundance in recent years, causing prices to tumble to their lowest point in nearly two decades in Maine.

I love lobster, but I mostly have to dream about it. If I had a Bucket List, consuming a six-pound lobster stuffed with crabmeat – with a pitcher of drawn butter, a stack of french fries and a hillock of cole slaw on the side – would be on it. And now, thanks to global warming, it could happen.

But the party poopers in the White House and the EPA want to rain all over my clam bake.

NOTE: The receipt pictured above isn’t real, but it is funny.

H/T  to James Taranto at the Wall Street Journal.

43 Responses to A Lobster in Every Pot