Marie Harf Must Apologize for Her Remarks

With all due respect . . . that woman looks way out of her depth over there. Just the way she delivers . . . it doesn’t look like she has the gravitas for that job.

And then during her briefing today:

When the anchor of a leading cable news show uses, quite frankly, sexist, personally offensive language that I actually don’t think they would ever use about a man against a person that shares this podium with me, I think I have an obligation . . .  to step up and say that’s not okay.

And, quite frankly, I wish that more people would step up when men say those things about women in public positions and say that it’s not okay.

This is deeply disturbing on several levels.

First of all, it’s chilling. The government, except under extraordinary circumstances, should not be singling out individual private citizens for attack. In this case, Mr. O’Reilly is being assailed, rather viciously, for expressing a legitimate opinion about the performance of Ms. Psaki. If we are at a point in this country where a journalist, or in fact any individual, faces the wrath of the government for criticizing a public official, then we are at a very low point indeed.

Ms. Harf’s comments, dressed up in the politically correct guise of some kind of defense of all women against misogyny, are in fact little more than a brittle unwillingness – of the kind you might normally expect from the representative of some crummy little dictator – to incur criticism. This must not be how the government of the United States is represented.

There is no suggestion of sexism, or anything similarly malignant, in O’Reilly’s comment. In fact, Psaki, though she has her strengths as a spokeswoman, does not have a significant sense of gravitas about her, which may be one reason she was passed over for the White House press secretary job.

Is this how senior government officials with gravitas behave? 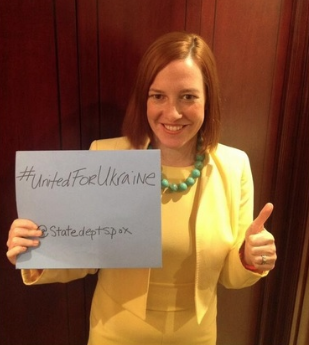 It doesn’t mean she can’t do her job. It just means she has a weakness.

According to Ms. Harf’s logic, women may not be characterized as less than commanding, and men would never receive such criticism. Well, tell that to former White House Press Secretary Scott McClellan, who was widely derided for lacking the necessary presence in the briefing room and who was ultimately sacked.

Ironically, with her unseemly response to O’Reilly, Ms. Harf has demonstrated that not only does she have a deficit of gravitas herself, but that she also lacks judgement, is willing to lodge unfair and highly damaging charges at journalists, and doesn’t respect the First Amendment.

She is very seriously in error. She must apologize immediately and demonstrate that she understands the gravity of her mistake.

107 thoughts on “Marie Harf Must Apologize for Her Remarks”