Mr. President, This One’s On You

It’s one of President Obama’s pet phrases, the way he expresses contrition or takes responsibility on the rare occasions when he does that. He used the phrase with advisors after he screwed up the first debate with Mitt Romney and deployed it again, with the country, after he launched the pathetically broken Obamacare website.

So I’m wondering if we will hear this from him September 12, or the day after whatever day ISIS decides to strike the United States. Because given current U.S. strategy – and worse, the absence of one – an attack by ISIS is coming. And Mr. President, the blame is gonna be on you. 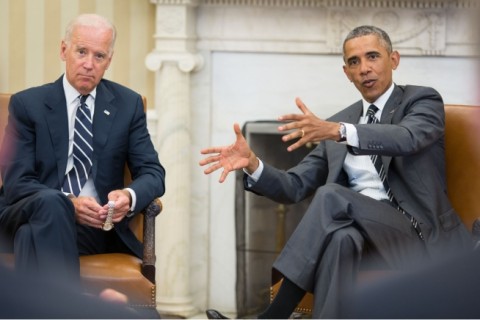 The administration has repeatedly insisted it’s been watching ISIS for months and months. SO WHY NO STRATEGY YET?

Couldn’t he have come up with something on the back of the scorecard between the fourth and fifth holes?

ISIS, which did not spend the month of August golfing, has a strategy. They’ve announced it. And as Obama’s own advisors have made clear, ISIS means business.

“Chatter” picked up from the bad guys is growing about a possible attack. Britain has raised it’s threat level. The chairman of the House Intelligence Committee says the “threat matrix” is as bad as he’s ever seen it.

This group is as pure a national security threat as we have faced in more than a decade, and maybe even before. They are snakes, devoted to a primeval logic that is beyond the comprehension of the Harvard-educated in the country: That is, if you don’t get us, we’re going to get you.

Obama speaks about trying to assure that if we help ISIS, Syrians have a moderate alternative to Bashar Assad. Really? We’ve been working on that one for three years. All this policy has done is get 200,000 Syrians killed.

It’s pretty clear at this point that there is no good solution for Syria. So it’s time to worry about children in U.S. shopping malls or their parents with offices in the Empire State Building. If we have to be Bashar Assad’s air force to accomplish the mission of destroying ISIS, so be it.

This is a gruesome, Darwinian game. Notions like moderate Syrians and inclusive Iraqi governments are niceties that can hopefully be arranged later, but maybe can’t. While Obama waits for the Iraqis to finish perusing the Federalist Papers, the United States needs to get busy with an uncompromising military operation that seeks nothing less than the destruction of ISIS.

As I’ve written, what’s needed is a massive, sustained air campaign guided by several thousand U.S. boots on the ground who can ID targets and call in strikes, assist Iraqi and Kurdish fighters, gather intelligence, and when necessary, participate in limited fighting themselves. This should work, but if it doesn’t, the United States needs to pour tens of thousands of troops into the theater to finish the job.

America’s leaders should have learned by now that halfway measures don’t work, and that when we fully commit our troops, we do in fact win. Unfortunately, the current administration is run by callow philosophizers who don’t even learn from experience. 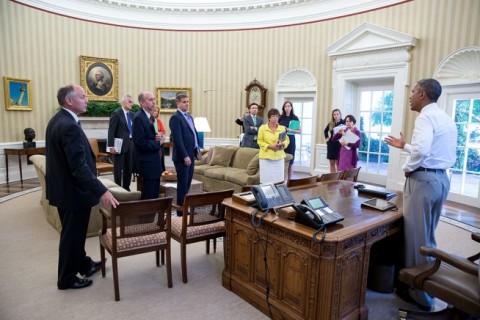 Obama better act, because he will have no one else to blame for the carnage that will be coming to our shores. After five and a half years in office, the usual effort to pin it on Bush will not hold up with anyone.

This crisis was spawned by the president’s decision – which I warned about, repeatedly – to rapidly and then fully remove any kind of serious U.S. military presence from Iraq. He thinks the Iraqi leadership screwed up after we withdrew. Of course they did. Because they are primitive. They’re not democrats. They need several thousand U.S. troops on hand to influence their behavior. Like the other nations we defeated and then rehabilitated.

Obama says the Iraqis forced us out. But not only did Obama applaud the departure of our troops, he campaigned on it.

This mess happened on Obama’s watch. Unfortunately, it is he who must be clean it up. We can’t afford to wait for someone more serious.

If, Mr. President you destroy ISIS, even through you helped create it, you will add a serious feather to your legacy cap. If you don’t, sir, well . . .

This one’s on you.