I hope I’m wrong, but I’m not sure NBC White House Correspondent Chuck Todd is the right choice to host Meet the Press.

Todd, as you probably know, will replace David Gregory. I’ve worked with both during their stints as White House reporters.

This is why Tim Russert succeeded so well on Meet the Press: He was smart, affable, sunny, knowledgable, passionate about politics, and without losing the cherubic look on his face, could slowly rip the intestines out of his guests.

Chuck has everything but the last quality. Maybe he can develop it.

At the White House, Chuck is a good questioner, standing out among mediocre inquisitors in the room. But he lacks the instinct to really carve up the press secretary.

Todd is well known for his analytical skills, his grasp of data and historical knowledge, but rattling off stats about House districts is not the same skill set as grilling evasive high-ranking politicians and officials on the issues of the day.

Viewers expect more than political trivia from Sunday morning shows — they want a program that goes beyond the recitation of familiar talking points, network execs believe. Americans already believe that the political press corps is too cozy with the politicians it covers. They are hungry for someone who can hold their guests’ feet to the fire, they say.

NBC would have done better perhaps to try to purloin from CNN Jake Tapper, who has that likable but tough quality of Russert’s. Ed Henry of Fox News has a similar ability as Russert to project a friendly countenance while implacably pressing for a serious answer. And Jonathan Karl has proven himself a relentless cross examiner in the White House briefing room.

Perhaps the best replacement of all is, tragically, dead. David Bloom, the NBC White House correspondent who perished in 2003 covering the Iraq war, was the best questioner I ever saw in the briefing room. He didn’t let the smooth talking Clinton White House Press Secretary Mike McCurry get away with anything. 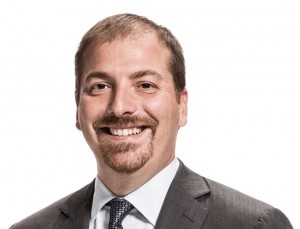 It’s real hard to feel sorry for David Gregory. He was reportedly unpopular at NBC, at it’s not surprising. In the limited amount of contact we had at the White House, he was always friendly, but his behavior generally was atrocious. He gave no heed to the other reporters in the room, hogging the floor.

If we were questioning someone at the mikes on the West Wing driveway who had just met with the president, he’d show up and then it was, David Gregory’s here, everyone shut up while I ask my questions. There are ways to be aggressive without being obnoxious.

Still, I admired his tenaciousness and his commitment to the essential function of journalism, making the powerful tell the truth. I actually thought he was a good choice for Meet the Press.

Todd is, as they say, exactly the same in person as you see on TV. He has a disarming genuineness and knowledge not just of the political scene, but the motivations of the actors.

But his first responsibility as host must not be playing footsie with other Washington types, but holding their feet to the fire. It’s his duty. I hope he succeeds, because our politicians need accountability, not chumminess.

27 thoughts on “Chuck Todd Takes Over Meet the Press”