Now where have we heard this before?

(Virginia Gov. Terry) McAuliffe (D) said the “moral imperative” to provide health insurance to the poor was forcing him to bypass the Republican-controlled General Assembly. For months, the governor has been quietly exploring ways to get around the legislature to expand Medicaid.

For the first time Friday, he publicly acknowledged he was going that route — even as some of his own allies questioned the constitutionality of his decision.

“Secretary Hazel will have a plan on my desk by no later than September 1st detailing how we can move Virginia health care forward even in the face of the demagoguery, lies, fear and cowardice that have gripped this debate for too long,” McAuliffe said, referring to William A. Hazel Jr., the secretary of health and human resources.

It appears the Obama Doctrine is spreading to Virginia.

What is the Obama doctrine? It’s a variation of the Lenin Doctrine, which was, as the Kulaks found out their chagrin, The ends justify the means. 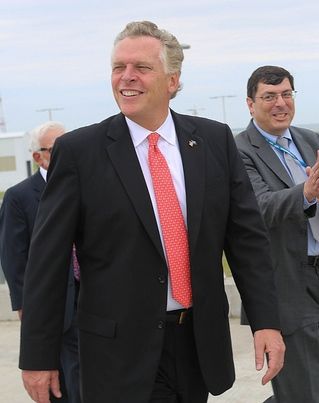 As we have seen again and again, President Obama is certain his work on behalf of the American people is much too important to be interrupted by objections from Republicans and cumbersome legislative processes. The president has embarked on a quite public effort to find ways to circumvent Congress, both by writing and passing legislation in the West Wing – otherwise know as regulations and executive orders – and selectively enforcing the law.

And now former Democratic bag man and current Virginia Gov. Terry McAuliffe has adopted the Obama Doctrine in my home state of Virginia. Having been presented with a Republican budget that fails to vastly expand Medicaid in order to implement Obamacare, McAuliffe has decided it’s his duty to help people escape the clutches of the evil, intransigent Republicans WHOM THEY ELECTED, and to avoid the disturbing consequences of ABIDING BY THE LAW AND THE STATE CONSTITUTION.

Uhh, does this sound familiar?

McAuliffe quickly used his actions on the budget to try to raise cash for his political action committee.

In a fundraising e-mail Friday, the governor slammed the GOP and, before asking for a $5 donation, said: “I remain committed to the central promise of my campaign: One of the wealthiest states in one of the wealthiest nations in the world has no excuse for not providing health care to its needy citizens.”

Another page out of the Obama Manifesto.

Whatever McAuliffe does will be challenged of course in court. We’ll see if the rule of law prevails in Virginia.

Don’t be too sure. McAuliffe no doubt has his sights set on the 2020 Democratic nomination for president. This kind of thing plays very well among Democrats, who seemed to have adopted en masse the Obama Doctrine.  McAuliffe would do well for himself to have some legislation-by-fiat in his pocket when he shows up in Iowa.