Make no mistake. She’s not quite the far-left neohippie President Obama is, but Hillary Clinton is not far behind him in her determination to drive this country toward a government-dominated paradise run by people like her who know what’s best for us and despise the views of the dissenters. 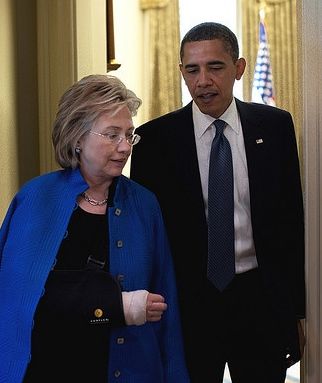 If Hillary cares deeply about something, if she knows it to be true, if her opponents’ policies seem to be harmful to people – particularly the children – then to disagree is not just wrong, it’s evil. And evil cannot be permitted.

Speaking Tuesday at a CNN “town hall” event, Clinton illustrated this outlook and her hostility to two essential principles of U.S. democracy: free speech, and the protection of minority rights. Not to mention the Second Amendment.

She was talking, of course, about efforts by the riffraff to combat the enlightened thinking of gun control advocates like her.

So she wants a “thoughtful” conversation that DISALLOWS A VIEWPOINT because it’s “terrorizing” others.

There are certain people who could never utter a sentence, even by mistake – which this was not, BTW – that calls for forbidding a group of people from holding even viewpoint. There are others who can indeed say someone must not hold an opinion. And these are the kind of people, like President Obama and like Hillary, who are willing to squash it.

I can only hope my reeducation camp is in a nice location.

This country was founded on the principle freedom of speech. Nothing is more sacrosanct. And while this is a nation of majority rule, it is also one established to protect minority views. That’s actually the bedrock of free speech

All, too, will bear in mind this sacred principle, that though the will of the majority is in all cases to prevail, that will, to be rightful, must be reasonable; that the minority possess their equal rights, which equal laws must protect, and to violate which would be oppression.

Oppression is the instinctual desire of modern liberals. Because when you’re trying to move our untidy world toward paradise on earth, vocal minorities who question the effort to fashion blueprints for our lives are very inconvenient.

And Hillary and her ilk believe that the less they are inconvenienced, the better for us all. So watch out.