Sen. Jay Rockefeller (D-W.Va.) is refusing to back off comments he made Wednesday suggesting that there exists “a lot of” opposition to Obamacare that is based on racism. 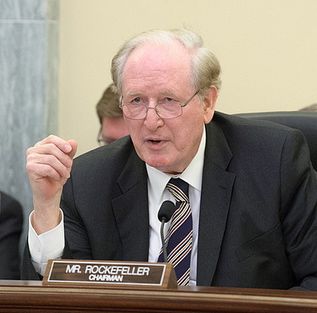 What a scam, and what a shame. After electing – twice – the nation’s first black president, and at a time when race relations are probably better than ever in the United States, the Democrats are making race a major issue in this campaign.

And how Orwellian. The Democrats, with the blessing and past participation of the White House, are blaming Republicans for something – racism – they’ve injected into the political debate for their own political gain.

It’s the most shameful, cynical thing I’ve seen in politics. And it will divide us.

And we’re playing with matches here. Because of Socialism-induced hopelessness in the inner cities, it may not take much to bring people into the streets rioting against Democrat-created illusions of racial oppression.

I’ll be able to dig up some emails that make part of the Affordable Care Act that doesn’t look good-especially from people who made up their mind that they don’t want it to work because they don’t like the president. Maybe he’s of the wrong color, something of that sort. I’ve seen a lot of that and I know a lot of that to be true.

Republican Ron Johnson of Wisconsin, justifiably furious, was on hand to rebut Rockefeller:

Thursday, Rockefeller was standing by his accusation that members of Congress oppose Obama because they are racists.

People oppose things for a variety of reasons. That’s all you’re going to get from me. It’s a part of life. And it is a part of American life and world life and it’s a part, just a part, of why they oppose absolutely everything that this president does. It’s basically for political reasons, they do that. But at some point you can’t exclude other factors … as they say, everything is on the table.

I’m wondering if Rockefeller plans to look up some of the families whose businesses were squashed under his great grandfather’s monopoly and give them their money back. I mean, if he’s so concerned with justice.

Obama should disavow Rockefeller. He won’t, though. Not only because doing so fails to serve his political ends, but because he agrees with him.