President Obama does the Shake Shack Shimmy during his visit to the sandwich joint in Washington Friday.

The White House actually released this. Like it’s a good thing.

I’m sure the Chinese and the Iranians understand this is not a man to be messed with. 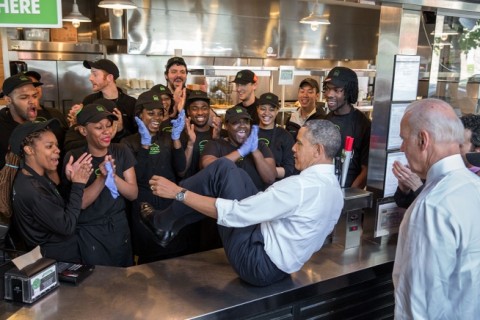 H/T srdem65, who found this and noted it in the comments section.