Remember when President Barack Obama acknowledged that the shovel-ready jobs created by the stimulus weren’t so shovel-ready?

Well, it turns out, it’s even worse than that. Five years after passing the bill, Obama’s still handing out shovels.

In today’s edition of his newsletter, Morning Jolt, National Review’s Jim Geraghty reveals that the Obama administration is CONTINUES TO PARCEL OUT STIMULUS MONEY. Lots of it.

A search of the Recovery Act opportunities list shows 1526 projects in the queue, with one or two being added every day. Well, every business day. This is government we’re talking about.

Here’s a look at the most recent award, a $219,000 contract to remove a dumbwaiter at a Department of Veterans’ Affairs facility in Miami. 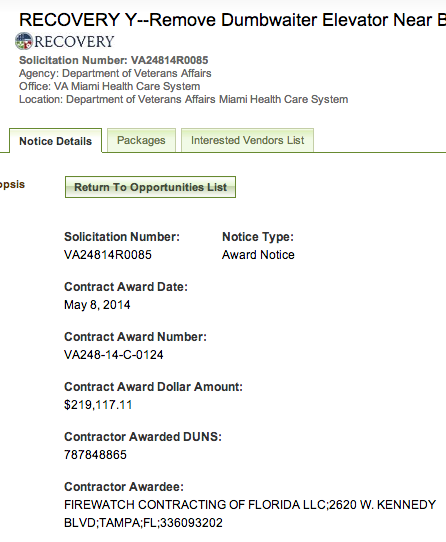 You knew it, didn’t you? You knew this wasn’t about stimulating the economy. BECAUSE THE ECONOMY DIDN’T GET STIMULATED. Gosh. All those Summers of Recovery that led to nothing but chilly autumns of disappointment and despair.

Prime the pump. Even after the well has run dry. That’s the domestic Obama Doctrine.