And not even a thank you note!

And these trips were taken after his just-completed New Year’s vacation to Hawaii, which was largely devoted to golf.

The figures here actually vastly understate the total cost to taxpayers. First of all, they don’t include the price tag for the cargo plane that accompanies the president everywhere. Nor do they include various logistical costs – such as payments for hotel rooms for staff and Secret Service. 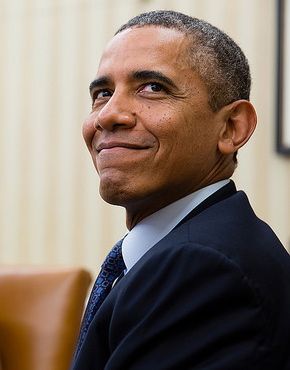 Of  course, Obama threw in “official” events at each stop so he could claim the flights were justified. While in California he did an event on local drought conditions and met with Jordan’s King Abdullah, who actually flew out from Washington to see the president. Then Obama played golf for three days with friends who had flown in to join him.

In Florida, the president and the first lady did a little education event in Miami before hopscotching over to Key Largo, where Obama golfed for two days with former basketball players Cyrus Walker and Alonzo Mourning and and former football star Ahmad Rashad.

A little downtime while working? Or official events thrown in so Obama could play some winter golf in beautiful destinations? You be the judge.

But here’s a hint.

The California trip was about the drought, right? But, lemme think, somehow the golf courses out there are . . . green! That’s why they call them greens.

According to Fox News:

Statewide, roughly one percent of water goes to keep golf courses green. Each of the 124 Coachella Valley courses, on average, uses nearly 1 million gallons a day due to the hot and dry climate, 3-4 times more water per day than the average American golf course.

1. Why does this president need so many vacations and why does he take them, given that he’s not paying for them.

Oh, wait a second, I think I answered my own question.

2. What kind of hypocrite make “income inequality” the supposed focus of the rest of his presidency while himself living like a Maharaja?

43 thoughts on “Your Latest Obama Golf Tab: $3 Million Plus”