EVEN THOUGH THE EARTH HASN’T WARMED FOR 16 YEARS?

No, I don’t mean that you’re going to be swept away by rising oceans or blown over to the next town by a tornado. I mean that you will be killed in your car.

President Obama was in Maryland Tuesday rhapsodizing about his program to lighten vehicles and in so doing save the earth.

No matter that even if you believe that man-made global warming is indisputably the cause of imminent catastrophe, increasing fuel efficiency among cars in the United States will do absolutely nothing in the grand scheme of things to stem the rise in temperatures.

You don’t need a physics degree to understand that when you lighten loads and remove heavy materials, you have less protection from collisions. That’s why the medieval knights didn’t joust in spandex.

This, for example, is what’s known as a “Smart Car,” which gets superb gas mileage. 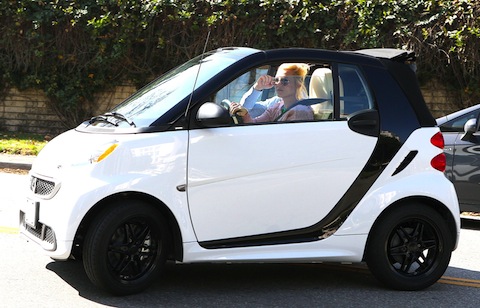 This is also a Smart Car. 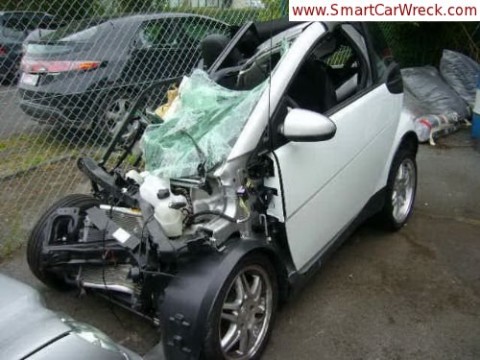 From a 1999 USA Today review of the scientific literature, titled Death by the Gallon:

In the 24 years since a landmark law to conserve fuel, big cars have shrunk to less-safe sizes and small cars have poured onto roads. As a result, 46,000 people have died in crashes they would have survived in bigger, heavier cars, according to USA TODAY’s analysis of crash data since 1975, when the Energy Policy and Conservation Act was passed.

The law and the corporate average fuel economy (CAFE) standards it imposed have improved fuel efficiency. The average of passenger vehicles on U.S. roads is 20 miles per gallon vs. 14 mpg in 1975.

But the cost has been roughly 7,700 deaths for every mile per gallon gained, the analysis shows.

Forcing industry to comply with draconian emissions standards based on a theory that has failed to predict climate over the next 16 years, let alone the next half century, is dumb. Killing people with a program that wouldn’t even solve the supposed problem is absolutely, certifiably insane.

Look at him below, full of certainty and hubris-inspired enthusiasm. He has absolutely no idea what he’s talking about. And if he understands the ramifications, he clearly doesn’t care, or thinks a few thousand lives are worth it to satisfy the hungry Gods of Climate Change.

64 Responses to Obama Will Ensure Global Warming Kills You