You can pretty much gauge what’s going on their lives by how they react to major issues and events. The death of Ariel Sharon provides a particularly useful political Rorschach test. 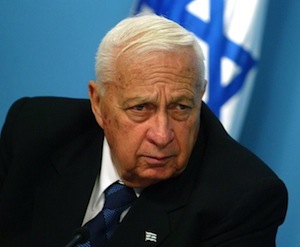 Obama, who has been safely reelected and doesn’t need any more Jewish votes, could let his true feelings flow.

The president, as most Jewish voters have yet to discover, is a relativist who doesn’t believe Israel’s claims are any more just than those of the Palestinians and the Arabs who hope to destroy the Jewish state. And so, in deference to viewpoints that hold Sharon as a butcher, and not a hero, the president offered this disgraceful little statement on Sharon’s death:

On behalf of the American people, Michelle and I send our deepest condolences to the family of former Israeli Prime Minister Ariel Sharon and to the people of Israel on the loss of a leader who dedicated his life to the State of Israel.

As Israel says goodbye to Prime Minister Sharon, we join with the Israeli people in honoring his commitment to his country.

What faint praise. Actually, there’s not any praise at all. This is a classic case of avoiding telling a mother that her baby is terminally ugly.

Often, “Michelle and I” express their own sadness at someone’s passing in these statements. Not so for Sharon. Just condolences to those who have a different opinion of the guy than the Obamas. 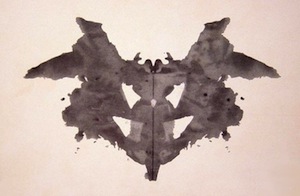 Sharon was the savior of Israel in the 1973 war. He showed unyielding toughness in a very tough neighborhood. He made mistakes that resulted in the deaths of innocents, but that happens in war, particularly wars for survival, which all of Israel’s are.

How many civilians does Obama kill with his drone attacks?

Contrast that with Vice President Biden today, speaking in Israel at the Sharon funeral Obama couldn’t bear to attend. Biden, unlike Obama, may need Jewish votes in 2016, if he runs.

“It doesn’t just feel like the loss of a leader. It feels like a death in the family,” said Biden, shounding shomber, or perhaps jet lagged. Okay, he wasn’t talking about his family, but you get the idea.

Here’s some video of Biden’s remarks. Actually, they’re quite good. I just wish I could think they were sincere.

Meanwhile, Secretary of State Kerry went straight over the top, even signing on to Sharon’s peace through strength philosophy:

I remember reading about Arik in the papers when I was a young lawyer in Boston and marveling at his commitment to cause and country. I will never forget meeting with this big bear of a man when he became Prime Minister as he sought to bend the course of history toward peace, even as it meant testing the patience of his own longtime supporters and the limits of his own, lifelong convictions in the process.

He was prepared to make tough decisions because he knew that his responsibility to his people was both to ensure their security and to give every chance to the hope that they could live in peace.

During his years in politics, it is no secret that there were times the United States had differences with him. But whether you agreed or disagreed with his positions – and Arik was always crystal clear about where he stood – you admired the man who was determined to ensure the security and survival of the Jewish State.

In his final years as Prime Minister, he surprised many in his pursuit of peace, and today, we all recognize, as he did, that Israel must be strong to make peace, and that peace will also make Israel stronger. We honor Arik’s legacy and those of Israel’s founding generation by working to achieve that goal.

Kerry better bow to Sharon’s greatness, because he needs Israel to make peace with the Palestinians and get himself his Nobel Prize. Sure, such a statement will anger Palestinians, but it’s Israel that will have to make the tough concessions for any deal. And Kerry also needs Israel to cooperate in the capitulation to Iran.

This crew running the United States is not Sharon’s crew. They’re accommodationists. Appeasers. They have nothing to do with Ariel Sharon. They don’t understand Sharon or his cause. At least Obama was honest about it.

10:00 am| Receives the Presidential Daily Brief