We are not respected, and it shows. Because when we go completely to sleep, the jackals come out to hunt at night. Keep your children close. Soon they’ll be hunting us.

I believe the bar should be high for U.S. intervention in these barbaric lands. But I do not believe the United States can remove itself from the world. Because if we think the barbarism won’t end up here, we are deceiving ourselves.

We don’t have to put boots on the ground in most cases. But we do have to show resolve and a willingness to act. Bullies will rarely fight you when you stand up to them.

In Iraq, which was relatively stable until Obama completely abandoned it militarily, Al Qaeda is on the march, fighting for control of major cities. The blood of our servicemen and women was spilled there at least partially in vain.

Speaking of the blood of our service members, Afghanistan is preparing to release hundreds of prisoners from Bagram prison – which we’ve turned over to Karzai – many of whom have been involved in attacks against our troops. The Taliban will soon be back in control of that place anyway as the United States exits without having finished the job.

Syria, where we once could have made a meaningful difference, is in chaos, a magnet and a proving ground for al Qaeda rebels. Libya has become another dangerous haven for terrorists.

Egypt only stabilized, somewhat, when the military decided to ignore Obama and take matters into its own hands. 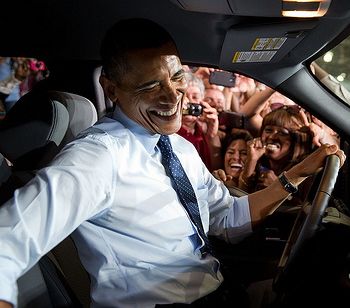 Meanwhile, Iran is providing Hezbollah with sophisticated, accurate new missiles it hopes will deter Israel from striking its nuclear facilities once Netanyahu finally gets that Obama isn’t going to.

China is asserting itself throughout East Asia. Our allies there wonder how serious we are about defending them. Obama’s decision to advise our airlines to comply with a recent seizure of airspace by the Chinese raises concerns.

South Sudan is disintegrating. Leftism is prevailing throughout South America. Russia is reasserting itself in the Middle East.

The jackals understand weakness. They prey on it. They see it in Obama. And Obama, like it or not, represents us.

83 thoughts on “World in Chaos”