The Department of Health and Human Services today published this chart, which I think finally explains in clear terms how Obamacare works. I myself had been wondering. 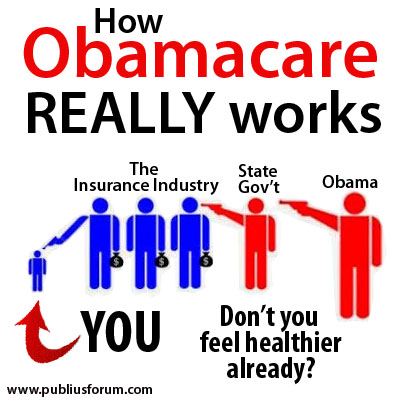