I’ve never seen anything like this. The sign language interpreter for President Obama and other world leaders at the Mandela memorial in South Africa Tuesday was a fraud. Didn’t know a word a sign language.

Check this out below. It’s all gibberish.

Here he is along with an actual sign language interpreter who was provided by the South African Broadcasting Corporation. You can see the difference.

Apparently, the man stood there for hours making up pure nonsense. I’m amazed and thankful the security was handled a little better.

And here is, proudly standing with the leader of the free world. 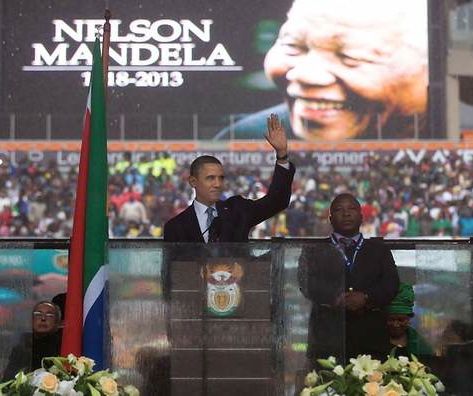 82 thoughts on “Sign Language Interpreter at Mandela Memorial a Fake”