President Obama’s decision to haul John Podesta and Phil Schiliro into the White House is bad news for the Republic. Because Obama is clearly finished with the messiness of democracy, and he intends to rule as much as possible from the White House.

Podesta will take over the job of presidential counselor Pete Rouse, while Schiliro is in charge of the White House Obamacare effort. Both will only be around for 2014, a political year when little is expected to happen on Capitol Hill. But clearly, much will be going on in the White House. 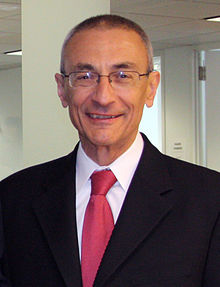 I’ve known and watched Podesta and Schiliro for many years. They are partisan, true-believing liberal democrats. They are relentless and efficient. They have worked with Republicans – and are respected by many of them for their skill and forthrightness – but their passion is leftist policymaking.

Schiliro spent many years as the right hand man and alter ego to Rep. Henry Waxman (D-Calif.), one of the most effective and partisan liberals in the House. He was Obama’s legislative director in 2009 and 2010, when his top achievement was ramming Obamacare through Congress without a single Republican vote. Podesta founded the Center for American Progress to combat centrist Democratic thinkers and provide a home to liberal wonks harboring a political edge.

Unconcerned with niceties, both will tell Obama exactly what they think. They’ll be devoted staffers – Podesta as White House chief of staff saved Bill Clinton from impeachment – but their dedication to policy is such that they’ll do what it takes to get the job done, even if it means upsetting the president.

But Republicans should take this as an act of war. The twain are likely to rev up further the White House’s already manifest whatever it takes mindset and start furiously stamping the royal chop on executive orders related to Obamacare, the environment, guns – well, not guns, because they have embattled democrats from swing states they need reelected – immigration, income inequality, and whatever else they can think of.

As Conn Carroll notes in Townhall, Podesta in 2010 wrote the forward to a CAP report titled, “The Power of the President: Recommendations to Advance Progressive Change.” He stated:

The U.S. Constitution and the laws of our nation grant the president significant authority to make and implement policy . . . The ability of President Obama to accomplish important change through these powers should not be underestimated . . . The upshot: Congressional gridlock does not mean the federal government stands still. This administration has a similar opportunity to use available executive authorities while also working with Congress where possible.

Be afraid. Because the White House already makes it clear every chance it gets that working with Republicans is not possible.