Is Harry Reid running the country? Is President Obama a nonessential employee sidelined by the sequester?

Everything you see going on with respect to the shutdown must be viewed through a single prism: the Senate, 2014. Democrats probably won’t win the House – it’s a midterm election in a president’s second term, which is usually bad news for the president’s Party. But they could lose the Senate. 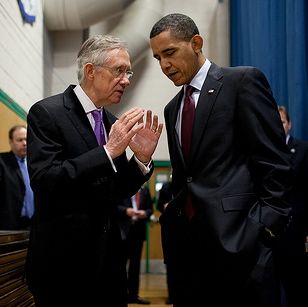 This is why there aren’t any negotiations, and it’s the real reason why the “suffering” attending the shutdown will occur. Harry Reid wants to ensure he remains as Senate Majority Leader. To do that, he hopes to try to implant in the minds of voters that if Republicans take charge of both Houses of Congress, the lunatics will be running the asylum.

And so, preforming his self-appointed role as Nurse Ratched, Harry won’t negotiate. He won’t even appoint “conferees” to hash out differences between House and Senate bills. He WILL let Ted Cruz take the floor for 21 hours, hoping the public recoils in disgust. And he WILL let the shutdown play out as long as possible, hoping a public denied entrance to Yellowstone blames Republicans and hardens in grim anger against them.

Meanwhile, Obama runs out to play golf. He’ll make a bunch of speeches. He skipped into the Rose Garden Tuesday to serve up some meandering chatter that rehashed every charge he’s already lodged against the GOP. He’s never had a serious legislative affairs operation, and now he doesn’t need one, because Harry’s in charge.

Harry’s even giving orders. According to Politico, when Obama was considering huddling with House Speaker Boehner and Senate Minority Leader McConnell, Reid said he wouldn’t be attending, thank you, and told Obama it was a bad idea. Obama nixed the meeting. 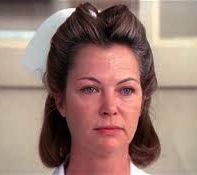 Republicans are fighting back, hoping to lay blame for the shutdown on Reid and Obama for refusing to negotiate or even consider the piecemeal funding bills the House is going to start sending to the Senate. It could work.

The president is down with Reid’s strategy because he is either too lazy or too disinclined by character – or both – to build relationships on Capitol Hill and enter into sustained, serious negotiations on anything. Instead, he’ll be doing the one thing he seems to have real energy and enthusiasm for – giving speeches to adoring crowds.

So as this drags on, look for Harry Reid to be on the floor of the Senate barring the door to incoming legislation and offering to medicate Republicans. And look for Barack Obama to be coming to a high school near you.