The trial of George Zimmerman in the death of Trayvon Martin increasingly appears headed for an acquittal, and President Obama needs to be ready with a rapid response to rectify the error of his initial reaction to the case and prevent and outbreak of rioting.

The police department and city government of Sanford, Florida, where Zimmerman shot Martin, is girding for riots. As in the Rodney King Case two decades ago, there’s no reason to think the violence might not spread beyond Sanford. 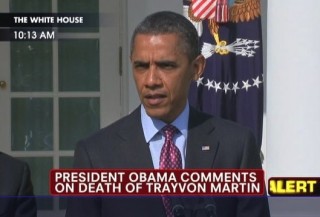 There appears to be little basis for the second degree murder case brought against Zimmerman. There’s ample evidence that, while Zimmerman may have been overzealous in his baby cop role doing community watch, he was viciously attacked by Martin and killed him in self-defense. At the very least, establishing beyond a reasonable doubt that he did not act in self-defense would seem an impossibility.

That murder charges were filed anyway is probably at least in part due to the incalculably irresponsible decision by Obama to involve himself in a local murder case. After the local police chief said there was no reason to doubt Zimmerman’s version of events and murder charges weren’t filed, protests erupted, the Justice Department decided to launch its own investigation, and Obama testily asserted, “If I had a son, he’d look like Trayvon.”

Obama, supposed Constitutional scholar, is apparently not aware that justice must be color blind. The moment Zimmerman is declared innocent, Obama must be ready to take to the same Rose Garden where he made his earlier Trayvon and me statement and recommit himself to the notion that we live in a nation where due process, and not lynch mobs, are the rule. He should ask for calm, declare that justice has been done, and be prepared to back up local efforts to stem riots in Sanford – and, God forbid, around the country – with a forceful federal law enforcement response.

He must not do what George H.W. Bush did in 1992, which was cave to the rioting and retry the Los Angeles Police Department officers involved in the Rodney King case on federal charges. He must get on the phone with the usual rabble rousers, like Al Sharpton, and ask them to stand down for the sake of the country. Maybe some of them will listen.

Obama must take his own emotions out of it and act as an impartial president working for the good of country, not for the benefit of Trayvon Martin – however much he looks like Obama – nor to rectify the history of injustices toward African Americans.

This is a sad case – for Trayvon Martin, whose life is gone, for George Zimmerman, who life is ruined, and for their families. But mob rule has been far worse for black people than white. If Obama can’t get race out of his mind with respect to this case, let him at least remember the lynchings. And let it guide him toward the neutrality he so far has lacked.