How My Rabbi Told Me Obama’s Outreach Isn’t Serious

When I was young and went to Hebrew school, it was expected that the students would bring in a little bit of Tzedakah, or charity, every week.

Of course, every week, I forgot.

But once in a while, to make up for things, I would arrive with a relatively large amount of cash that I had earned through my various work endeavors on the yards and snowy driveways of our neighbors. And the other students would express awe at the generosity they had just witnessed. 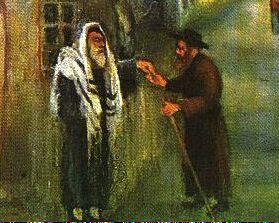 One day I did this, and as the murmuring about my largesse subsided, the rabbi offered me and the others lesson that I never forgot.

He pointed out one of the other students, Carolyn, who quietly and dutifully brought a small amount every week. There was no fanfare, she just gave.

“This is nice,” he said of the money I had just splattered on the table. “But what’s important is remembering.”

I’m always reminded of this when I see someone who has been neglectful – of their friends, their job, their duties, or anything else – suddenly try to make a big splash.

I know that it doesn’t count for much, and that once the brouhaha has passed, the old habits will return, and the true person will reemerge unchanged.

Obama’s current solicitousness toward Congress – he’s been dining and phoning lawmakers and will be on Capitol Hill Tuesday, Wednesday and Thursday of this week – may be for show, or it might be a real attempt to try to get deals on a variety of issues. But it won’t be sustained, and it will only be a matter of time before the stance with which he is comfortable – campaigning and demonizing his opponents – will be assumed once again.

Legislation on issues like immigration may in fact get passed, and some kind of a temporary accommodation may be reached on the budget – though the large-scale reform that is needed probably is impossible with this president. But it will be because Republicans have perceived these things to be in their interest, not because of Obama’s outreach.

Because what’s important is remembering, and Obama always forgets.