President Obama will remake his presidential campaign into a massive new movement  devoted to supporting his agenda, an unprecedented move that creates a brand new political organization devoted not to a Party, not to an idea – but to one charismatic leader. 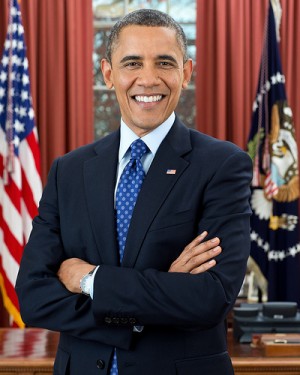 The group, to be called Organizing for Action, opens for business Sunday, the day Obama is officially inaugurated.

If this type of organization has existed before in American politics on any similar scale, I’m not aware of it.

There are excellent reasons why we haven’t had mass groups devoted to powerful leaders in this country. Our whole system of government is designed to provide checks to protect against the accretion of too much power, to forestall mob rule. A mass organization that does the bidding of a single individual who also happens to be the president of the United States undermines such intentions.

I don’t think Obama has plans to do something nefarious with this group. I think he wants a streamlined organization that will help him achieve his domestic agenda. But once such an organization is uncorked, it is impossible to tell what path it and its leader may travel as the frustrations with governing grow or crises ensue.

Other mass movements in the United States, including the political Parties, are devoted to ideas or causes. They have checks within them, factions that debate and influence each other. But this one is the reincarnation of Obama’s former campaign and, presumably, it will respond to his dictates.

After the 2008 election, the campaign apparatus was at least nominally stuck within the Democratic Party and largely put on ice until the next election. Not this time.

What’s more, according to Politico, OFA will be classified as a 501(c)4 group, which means donors can give it as much money as they want and none of the contributors’ names need be released. Never mind that Obama has ardently opposed this kind of thing for years.

Known during the campaign as Obama for America, the group includes the millions of people signed up to receive emails from the Obama campaign and thousands of activists ready to man phone banks, knock on doors, annoy their lawmakers and otherwise make things happen for the president.

The group was superbly well organized under campaign manager Jim Messina, who will maintain leadership. Senior Obama operatives like Robert Gibbs, David Plouffe, and Stephanie Cutter will sit on the board. The group will no doubt employ many of the leftist community organizing principles Obama learned years ago in Chicago.

In case there was any mistaking the very personal nature of the new organization, Obama himself announced it in an email to supporters and included a link to a video of Michelle discussing the group and mentioning things like “one of my first dates with Barack.”

Organizing for Action will put American politics on a new path. A treacherous one.

132 thoughts on “Obama to Create Mass Organization Devoted to Obama”

10:15 am || Receives the President's Daily Brief
1:45 pm || Receives a briefing from senior leadership team on the upcoming hurricane season