The Presidency Loses Its Final Traces of Dignity

Waging a desperate campaign to maintain the presidency, President Obama has completed his project of diminishing it to nothing.

The presidency, an ailing patient for much of Obama’s term, was finally disconnected from life support with the release by the Obama campaign last week of a video comparing a vote for the president with premarital sex by a virgin.

It was the latest and most stupefying of a series of disgraceful moments we’ve witnessed in recent days. 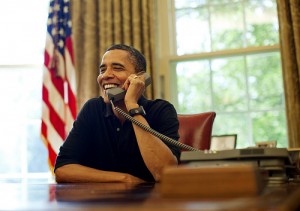 The president called his opponent a “bullshitter” during an interview with Rolling Stone magazine; He stood at the podium of a campaign rally, beside himself in a juvenile state of amusement as he mocked Gov. Mitt Romney for having “Romnesia” that he said could be cured under Obamacare; and he has avoided his own press corps while appearing on The Tonight Show, MTV, and The View, frivolous venues that a short while ago would have been considered beneath the president, or at least rare exceptions to the rule that a president does serious things.

The desecration of the presidency under Obama has been methodical and obvious.

We’ve watched Obama literally – not figuratively – bow to foreign leaders, chew gum at the ASEAN Summit and elsewhere, inhabit the Oval Office in Casual Friday outfits, put his feet up on every piece of furniture in sight – historic or not – host entertainers in the Situation Room, and wonder aloud “whose ass to kick.” Meanwhile, his wife stages potato sack races in the East Room and his vice president suggests Republicans will put African Americans back in chains and giggles through his debate with GOP vice presidential nominee Paul Ryan. 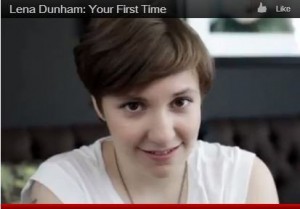 But the Obama campaign video in which a smug young woman insouciantly proclaims her sexual immorality is what finally stripped the presidency of its own virtue.

Obama and Biden proclaim themselves deeply religious, but it’s hard to imagine, if such a commercial is acceptable to them, what altar they are worshipping at.

We are not a society where a lot of people wait until marriage to have sex. Some don’t even wait for true love. But we at least still try to be discreet about our surrender to our primal desires, given the horrendous consequences – for women in particular – of society’s choice to untether sex from marriage and love.

Today, 41 percent of all children are born to unmarried women, according to the Department of Health and Human Services. Sixty three percent of women aged 20-24 who give birth are unmarried. For women in poverty and their fatherless children, this unwelcome byproduct of the sexual revolution is a catastrophe.

That doesn’t seem to be something Obama cares much about. The video begins:

Your first time shouldn’t be with just anybody. You want to do it with a great guy. It should be with a guy with beautiful . . . someone who really cares about and understands women.

Well, at least, someone who understands women well enough to get their clothes off.

And then on to Obama and Romney.

You want to do it with a guy who brought the troops out of Iraq. You don’t want a guy who says, “Oh hey, I’m at the library studying,” when he’s really out not signing the Lilly Ledbetter Act.

And it ends by amping up the sexual innuendo.

My first time voting was amazing. It was this line in the sand. Before I was a girl. Now I was a woman. I went to the polling station and pulled back the curtain. I voted for Barack Obama.

We are now officially in an age when a presidential campaign website needs parental controls. How would you like to try explaining to your young child what that video was about?

Obama and his aides have revealed a little something about the moral posture they hold. They put out a video that describes reasons to sleep with someone for the first time, casually leaving out the one that should be obvious – that the person is your husband. That’s a standard a president should be promoting, not dismissing.

That is, if there were still a standard for a president.

144 thoughts on “The Presidency Loses Its Final Traces of Dignity”