Obama Flubs: U.S. Has More Bayonets Today Than in 1916

President Obama erroneously asserted during Monday night’s debate that the U.S. military has fewer bayonets than it did in 1916. In fact, the armed forces likely possess more than three times as many of the weapons as they did before the U.S. entry into World War I.

The error is significant because Obama sought during the debate to portray himself as having an edge on Gov. Mitt Romney because of his experience leading the military, referring to himself three times as “commander in chief.”

Obama, who was trying to ridicule Romney’s concern that we have fewer ships than we did in 1916, derisively quipped that Romney “hasn’t spent enough time looking at how our military works.”

You — you mentioned the Navy, for example, and that we have fewer ships than we did in 1916. Well, Governor, we also have fewer horses and bayonets — (laughter) — because the nature of our military’s changed. We have these things called aircraft carriers where planes land on them. We have these ships that go underwater, nuclear submarines.

And yet, the president himself clearly lacked an understanding of the importance to his own military of one of the most fundamental tools of warfare. 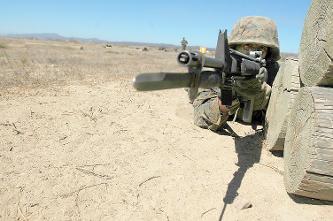 Given that there were about 200,000 men in the Army and National Guard in 1916, according to National Review, that would mean that there are three times as many bayonets today and probably will be at least four times as many than before World War I.

Since Mr. Obama hasn’t spent enough time looking at how our military works, maybe this will help:

Here’s the exchange between Obama and Romney: