Obama Preps for Debate in Splendor

A portion of the tab for this luxury is of course being picked up by taxpayers, who largely footed the bill to fly Obama down there aboard Air Force One and house his White House retinue in Williamsburg for three nights. Presumably many of his aides, including a large security detail, are at the hotel itself.

Exactly why Obama needed to be training for his debate at the Kingsmill Resort instead of the White House or Camp David is unclear.

The best explanation is probably that this is largely a political trip. Virginia is a key swing state and Williamsburg is perfectly situated between two of the major media markets, Richmond and the coastal area of Norfolk and Newport News.

Obama, who has avoided taking a vacation this year in order to focus on the campaign and avoid charges that he is luxuriating while the nation suffers, certainly has an opportunity now to make up for lost vacationing when he’s not rehearsing his debate lines.

From the Hotel’s description of itself:

Home to three championship golf courses, a world-class spa, a bustling tennis center and acres of lush, meticulously cared-for grounds, Kingsmill Resort is a magical place where cherished memories are created, history is discovered and fun is invented.

The press pool reports have been rhapsodic:

Good morning from the lovely Kingsmill Resort . . . Potus is studying for the debate, but your pooler didn’t see evidence of him or his senior staff this morning while walking from our room to the pool hold, though a lovely walk it was.

One pooler noted the hotel is hosting “some kind of Ferrari convention,” with a contingent of the cars buzzing the hotel grounds.

Frommer’s gives it three out of three stars:

Nestled on beautifully landscaped grounds beside the James River, this luxurious, country club-like resort is the centerpiece of a 2,900-acre residential development. It’s one of Virginia’s most complete resorts.

Have a look-see for yourself. 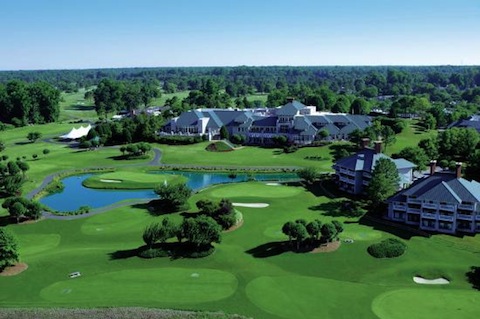 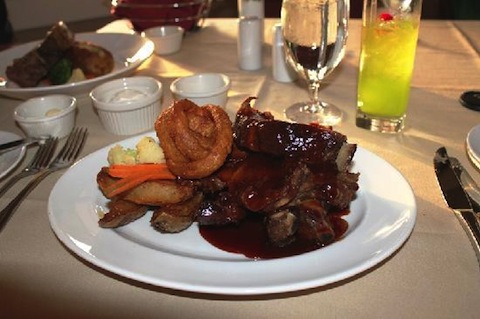 Ironically, the resort may also be torturing Obama just a bit. So far, he hasn’t hit any of the golf courses, and he may just have to avoid them or otherwise be accused of slacking again during his debate preparation.

Obama arrived at Kingsmill Saturday and leaves Tuesday for Hempstead, New York, where the debate will be held.

Photos of Kingsmill Resort are courtesy of TripAdvisor

51 thoughts on “Obama Preps for Debate in Splendor”